Home » Blog » Bidding for Golden Canary to open at $1
Blog

Bidding for Golden Canary to open at $1 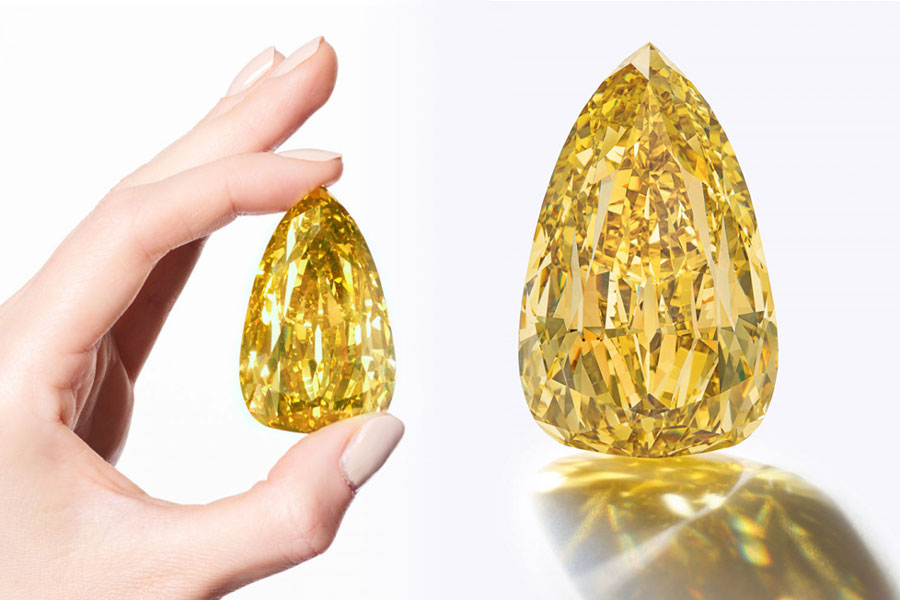 The world’s biggest internally flawless diamond will be auctioned at Sotheby’s in New York on 7 December.

Known as the Golden Canary Diamond, the 303-carat fancy colour brown-yellow diamond will be sold without reserve in a move designed to provoke competitive early bidding.

The diamond carries a presale estimate of $US15 million ($AU23.95 million).

“Just two weeks after the record-breaking sale of the Williamson Pink Star for $US57.7 million, we are honoured to offer the largest polished diamond in present existence to appear at auction,” said Quig Bruning, head of jewellery for Sotheby’s Americas.

“Steeped in history, The Golden Canary is one of the most exquisite diamonds to ever be discovered, not only for its sheer size and intensity in color but for its stunning beauty that is sure to captivate collectors around the world.”

The Golden Canary Diamond was discovered as an 890-carat rough in the Democratic Republic of Congo in the 1980s.

The diamond was once known as the Incomparable Diamond, cut to 407-carats in a shield shape, however, it was later recut to the classic pear shape.