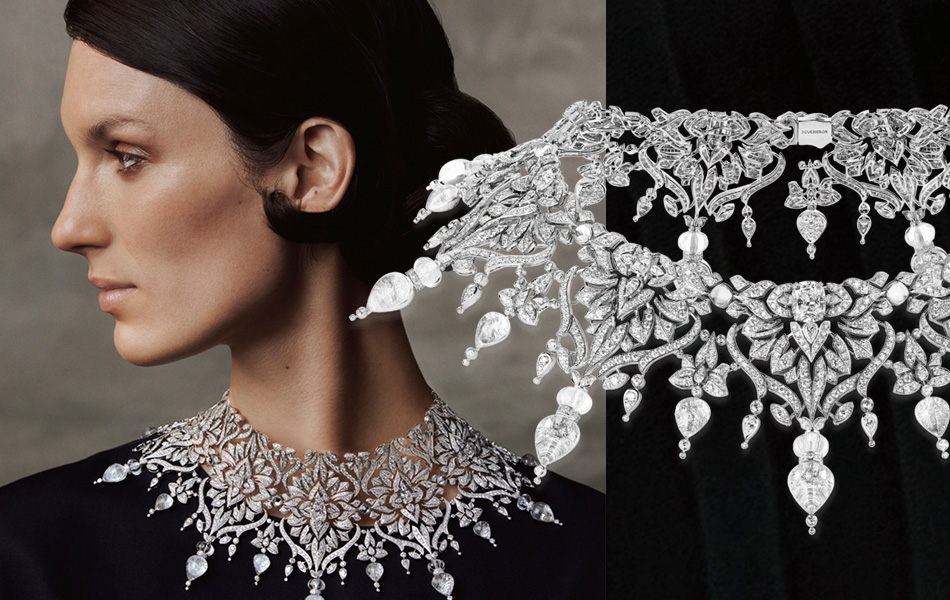 The 149-piece collection called “Histoire de Style: New Maharajahs” features some of the most luxurious arrays of diamonds, gemstones, pearls, and gold, which was inspired by the fairytale-like story that started it all for Boucheron.

According to Claire Choisne, collection designer and creative director, Boucheron “This commission by the Maharajah of Patiala seemed like a fairytale, it is the stuff of dreams”.

According to history, in 1929, Indian royalty Bhupinder Sing arrived at the Place Vendôme maison of Louis Boucheron, followed by royal guards carrying several large iron chests containing precious stones. The royal party were said to have come from the Ritz Paris where the Maharajah, along with all his royal guards and staff, occupied 35 suites.

The party was greeted by Louis’ son, Frederic, and inspected all pieces that were brought to the maison. After going through the massive stash, Boucheron selected 7,571 diamonds, 1,432 emeralds, and more than a thousand other gemstones for the Maharajah’s special order.

“In our archives, we have kept the 149 original designs from which I got my inspiration for this collection,” Choisne said, adding that she wanted to “transpose these designs into the 21st century, and to reinvent them for today’s Maharanis and Maharajahs.”

Established in 1858, Boucheron is based in Paris and is subsidiary of the Kering group.

Now Showing: First time look inside a 1800s jewellery box; 2.8kg of boulder opals found in last desperate dig; and have you heard of these obscure gemstones?