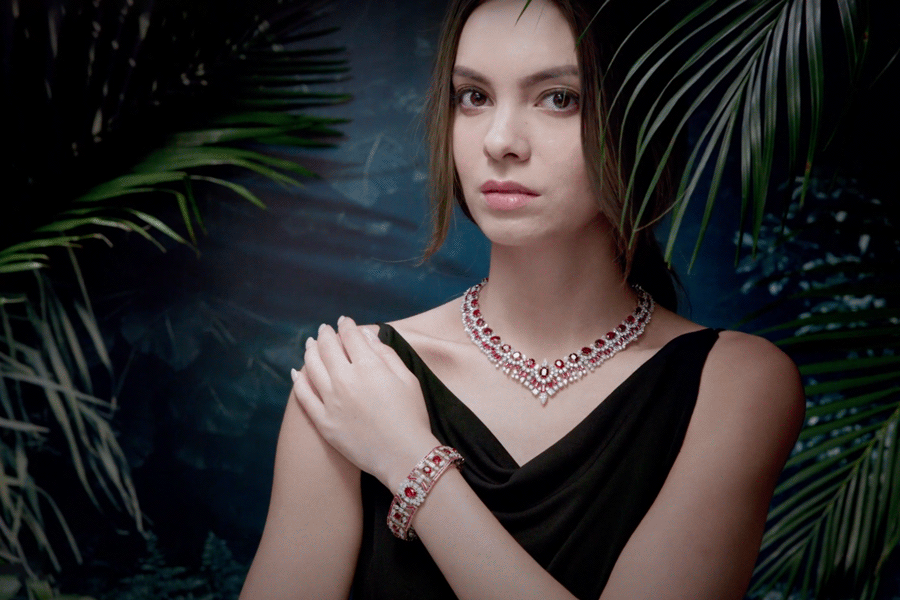 The necklace, set with Burmese “pigeon’s blood” rubies and white diamonds was the top-performing piece at the tender. Total sales were $US3.4 million ($AU4.91 million) with just around 70 per cent of auctioned lots sold.

A matching bracelet featuring 17.08 carats of Burmese rubies and diamonds was also sold to another buyer at $US321,048 ($AU463,550) – slightly above the lower pre-sale estimate.

The tender is showcasing pieces from Cartier, Van Cleef & Arpels, Belperron, Bulgari, and David Webb, among others, which also include items from jewellery designer Jean Fouquet’s collection and several vintage pieces from the Art Nouveau era up to the 1950s.

Among the high-value lots is a 10.56-carat cushion-cut Kashmir sapphire ring expected to fetch around $US422,270 and a modified pear-cut 9.46-carat D-colour VS1-clarity diamond ring with a pre-sale estimate of around $US316,703.