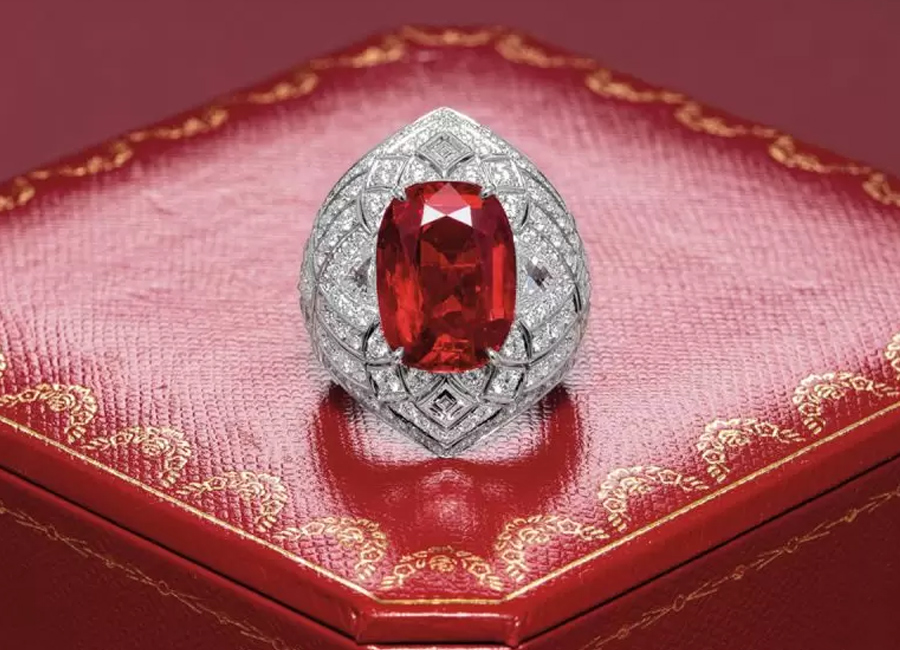 The latest Poly Auction in Hong Kong has collected more than $US25 million in sales, with the highest price achieved by one particularly impressive ring.

The auction was hosted on 13 July and headlined by a ruby and diamond ring from Cartier which sold for $US7.3 million ($AU10.6 million). The ring features an 8.3-carat Burmese ruby surrounded by white diamonds.

Among the other notable items was a necklace with 43 jadeite beads and a diamond clasp, which was sold for $US6.4 million ($AU9.3 million). Another necklace, this one by Harry Winston, featured 65.75 carats of Colombian emeralds paired with diamonds and sold for $US4.9 million ($AU7.1 million).

A pair of 15.7-carat heart-shaped, D-color, internally flawless diamonds sold for $US3.36 million ($AU4.8 million), toward the upper end of the presale estimate.

A fine arts and jewellery specialist in New Orleans (US) is selling a 38-carat Golconda diamond that once belonged to socialist Christina Onassis.

Golconda diamonds were mined in India until the 17th century and are renowned for their exceptional quality and clarity.

This diamond is pear-shaped, D-colour and VVS1-clarity and was set in a pendant necklace by Jacques Timey for Harry Winston. The necklace is platinum and white 18-carat gold and features an additional 20 carats of G-colour diamonds.

Jewellery fair scammers back in business

Reflecting on 60 years of Duraflex