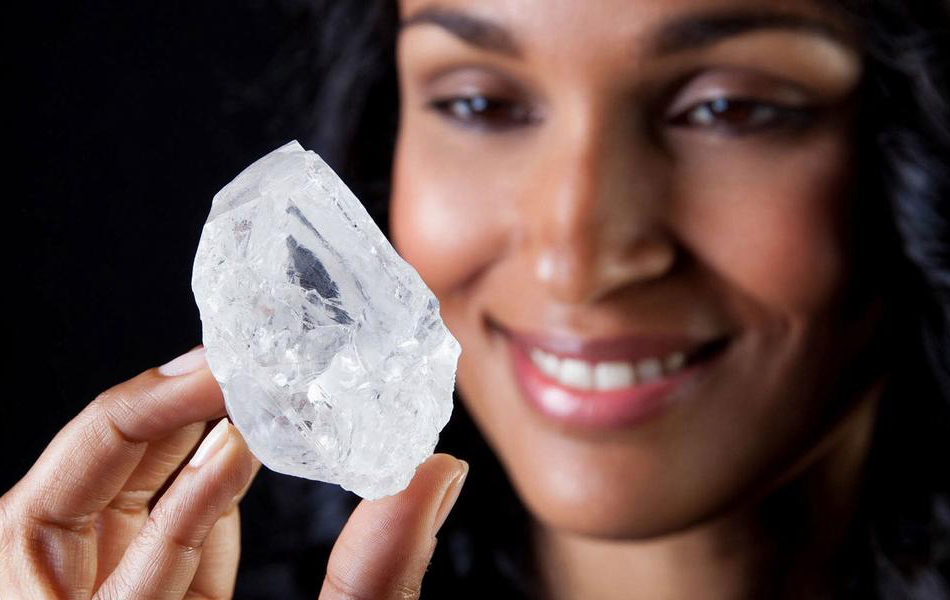 As the debate continues to swirl over the future of Russian diamonds in western markets Lucara Diamond CEO Eira Thomas has weighed in, calling for further sanctions.

Nine rounds of sanctions have been adopted by the EU against Russia since the invasion of Ukraine in February. The most recent of these came into effect in December; however, no action was taken against the Russian diamond mining industry at that time.

Calls for additional sanctions have been renewed in recent weeks with EU diplomats demanding economic penalties be instated prior to the EU-Ukraine summit in Kyiv in February.

Opponents of these hypothetical sanctions have drawn attention to the domestic impact of reduced diamond imports, namely in Belgium where the Antwerp World Diamond Centre estimates that 10,000 jobs would be lost if sanctions were introduced.

Lucara Diamond CEO Eira Thomas – who co-founded the company in 2007 – told the Financial Times that as the conflict in Ukraine continues she believes that Russia “should be sanctioned”.

“This is the best diamond market we’ve seen in the better part of a decade,” she said.

“The conversation [about sanctions] goes well beyond Antwerp when you think about the whole supply chain in India. I think it’s a more complex narrative than simply Antwerp doesn’t want to sanction diamonds.”

Lucara Diamond is a Canadian mining company operating in Botswana. The company is forecasted to complete $US230 million in sales in 2023.

Other prominent voices within the industry have suggested that further sanctions against Russia would have a muted impact in Europe.

Independent US analyst Paul Zimnisky said the market has been anticipating further prohibition on diamonds from Russia.

“If the EU was to sanction Russian diamonds tomorrow, then there wouldn’t be a shock as the market has slowly been gravitating towards that happening,” he said.

India’s polished diamond exports reached $US22.85 billion, a 3 per cent decrease on a year-by-year comparison.

“Nobody is willing to take the exchange risk and volatility,” he said.

“The Russians are not comfortable with the rupee invoicing as far as the gems and jewellery sector is concerned.”

He added: “The supply situation has not improved as no payments are going into Russia. We are in constant dialogue with the Russian government, the Indian government, and Russian miners to boost the supply of rough stones.”

Supplies from Russia to India have fallen by 40 per cent since April leading to widespread job losses in cutting and polishing centres.

Aphrodite’s Valentine’s Gifts for Daughters, To My Daughter Necklace, Necklaces for Women, Birthday Gifts for Women…