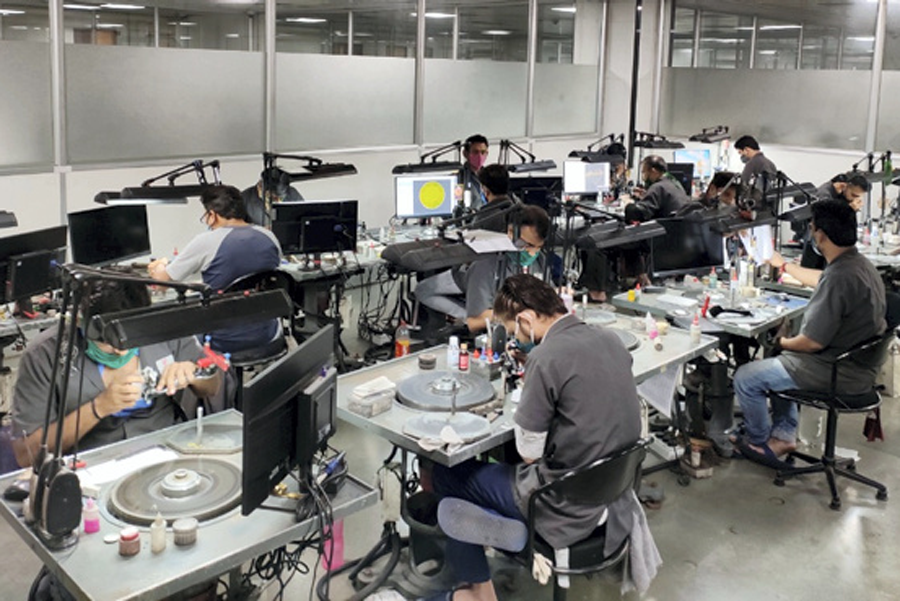 The disruption to the supply of rough diamonds caused by the ongoing sanctions against Russian mining giant Alrosa has led to much shorter workweeks and the closure of several cut and polish factories in India.

Alrosa, considered the world’s largest diamond mining company, is responsible for approximately 40 per cent of the rough product processed in Surat.

The partially state-owned mining company also accounts for around 30 per cent of diamonds extracted worldwide each year.

Worse, the Indian diamond industry fears the supply of Russian diamonds could run out during an expected rise in demand for diamond jewellery in time for the US wedding season in June.

Ashok Gajera, Laxmi Diamonds managing director, told Times of India,”Small and medium-sized stones worth close to $US5 billion ($AU6.98 billion) come from Russia. They are mostly used in wedding jewellery or assembled around a centrepiece or a solitaire.”

“With the supply of raw materials affected deeply, most of the large factories in Surat have cut down on timings. Some are working for four days, some only three.”

The Surat cutting and polishing industry is responsible for more than 90 per cent of the global supply of diamonds.

The huge reduction in workload impacted more than one million people who work in the country’s diamond processing industry.

In early May, around 250,000 Indian workers were placed on unpaid leave for two weeks.

Workers fear more lay-offs and factory closures could occur in the coming weeks if the ongoing sanctions against Alrosa continue.

Vipul Shah, Gem & Jewellery Export Promotion Council (GJEPC) vice chairman said, “India’s diamond industry is 100 per cent import-dependent and any shortage of roughs has a severe impact on manufacturing activity and employment in the sector.”

“This will also have a huge impact on total gem and jewellery exports.”

The economic sanctions placed on Alrosa by the European and US powers are a punitive response to Russia’s invasion of Ukraine in late February.