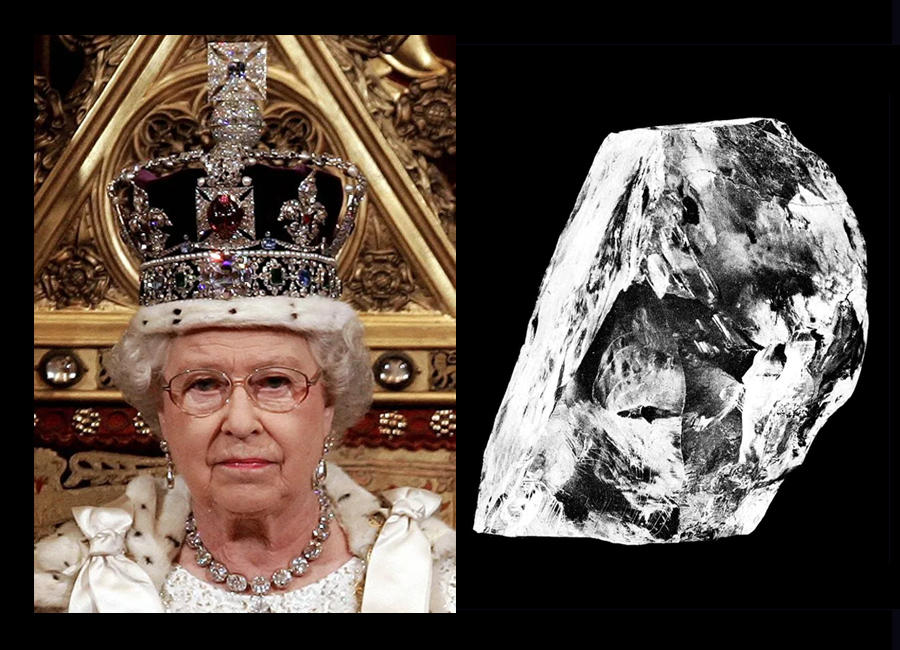 Following the death of Queen Elizabeth there has been renewed interest in the history of the Royal family’s gemstones and diamonds.

While there has been calls for the return of the infamous Koh-i-Noor to India, it, along with the Cullinan II (also known as the Second Star of Africa), are believed to be ‘super-deep’ diamonds.

According to science website Physorg.com, “An analysis of the first large diamonds confirmed to come from deep under the Earth’s surface supports initial predictions showing that the Smithsonian’s famous Hope diamond may be ‘super deep’, originating from more than three times deeper in the Earth than most diamonds.

“It also suggests, in a new finding, that the ‘Crown Jewels’ Cullinan diamond may also be a super-deep diamond.”

The research comes from a study by Dr. Evan Smith of the Gemological Institute of America (GIA) and was presented at the Goldschmidt Geochemistry Conference last year.

“We examined the first large gem diamonds confirmed to originate from Earth’s lower mantle, which is several times deeper than most other diamonds. The results support earlier predictions based on smaller gems, suggesting that diamonds with properties similar to those studied, including both the Cullinan and Hope diamonds, are super-deep diamonds”, Smith explained.

A BBC report published on Friday states that “The largest diamonds in the British Crown Jewels may be pieces of the ancient ocean floor, which have drifted down into the interior of our planet – then come back up again.”

BBC Future senior journalist Zaria Gorvett explained, “some of the carbon in super-deep diamonds may be from ancient sea creatures, which were buried in oceanic plates that subsequently drifted down into the mantle”.

She notes, “Nearly 120 years later, the mega-diamond [Cullinan] has not been forgotten. During the late Queen Elizabeth II’s funeral procession, several of the Cullinan’s descendants were placed on the Monarch’s coffin, and rode along with her – they were only removed as she was lowered into the royal vault.

“That’s because today these giant gems are part of the Crown Jewels, normally kept in the Tower of London and brought out for state events – the Cullinan I now resides in the British Sovereign’s Sceptre, while its next-largest sibling, the Cullinan II, is embedded in the Imperial State Crown.”

The 2020 study by Smith – along with Wuyi Wang, GIA vice president research – analysed the 124-carat diamond and found that it formed at the deeper end of the possible range – at least 660km (410 miles) below the Earth’s surface.