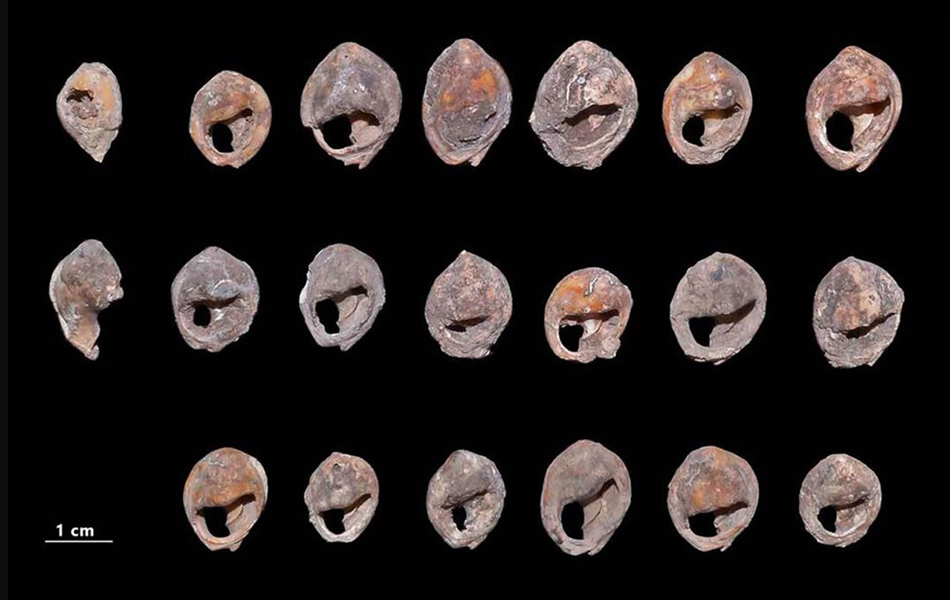 What archeologists believed to be the oldest jewellery discovered in southwest Morocco between 2014 and 2018 could be evidence that social profiling was practised during ancient times.

The discovery of 33 prehistoric ornamental beads made from seashells in the Bizmoune Cave may be evidence of what could be an ancient form of non-verbal communication and help shed light on the evolution of human cognitive abilities and social interactions, according to researchers.

The study, published in the journal Science Advances by researchers from the National Institute of Archaeological Sciences and Heritage, University Aix-Marseille, University of Arizona, suggested that the beads were not just worn for adornment but also as a form of communication.

The researchers found that the beads, dated between 142,000 to 150,000 years old, were considered jewellery as the items were purposely crafted based on the repetitive and small man-made bore marks surrounding the holes that showed signs of wear and tear, suggesting the beads were hung on strings.

Some of the beads also revealed traces of ochre-a self-decoration pigment commonly used by prehistoric humans.

“They were probably part of the way people expressed their identity with their clothing. They’re the tip of the iceberg for that kind of human trait,” researcher Steven Kuhn, professor of anthropology, University of Arizona told Eureka Alert.

“They show that it was present even hundreds of thousands of years ago, and that humans were interested in communicating to bigger groups of people than their immediate friends and family. We don’t know what they meant, but they’re clearly symbolic objects that were deployed in a way that other people could see them,” Kuhn said.

Ancient beads from North Africa were associated with the Aterian culture from the Middle Stone Age known for their distinctive stemmed spears used in hunting animals for food and were also known to craft intricate adornments using seashells and other materials.

Similar prehistoric beads were also found in South Africa, Algeria, and Israel-dated much later between 35,000 to 135,000 years old- but the researchers noted that these cultures were searching and using the same type of seashells despite other varieties that were available in nature.

“The beads are also notable for their lasting form. Rather than painting their bodies or faces with ochre or charcoal, as many people did, the beads’ makers made something more permanent, suggesting the message they intended to convey was a lasting and important one,” Kuhn added.

Zimbabwe to chair the Kimberley Process in 2023