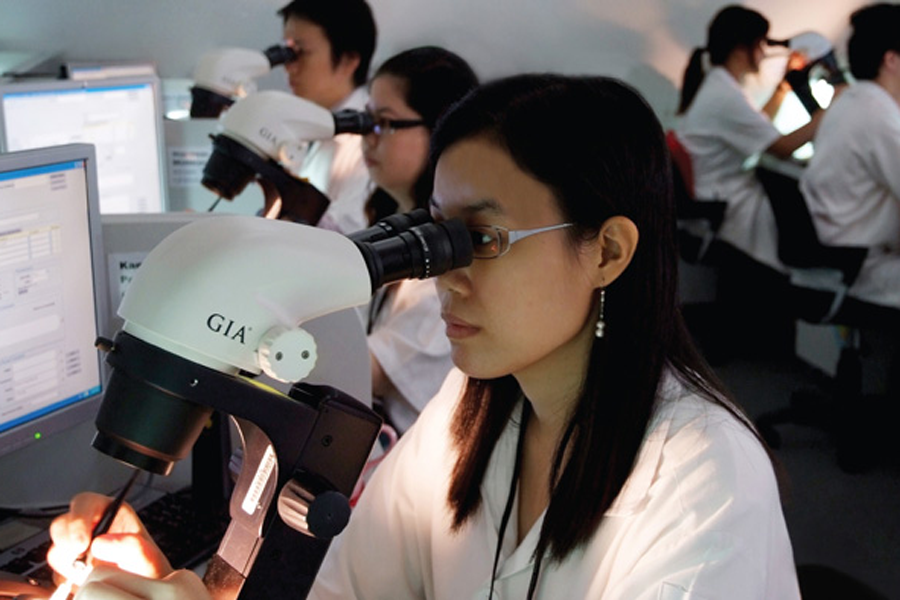 At the same time, the GIA will begin to issue digital grading reports, instead of printed paper certifications.

Starting with the GIA’s popular Diamond Dossier reports in January 2023, the transition is expected to be implemented by 2025 across other services.

Pritesh Patel, chief operating officer and senior vice president, GIA told JCK, “It’s a big change, we have been in constant communication with retailers around the world.”

The diamond grading process will use QR codes instead of printed certificates, accessible via the institute’s Report Check portal by scanning the code or by inputting the assigned inscription number.

Jewellers and other high-volume users can access the same features through an application programming interface (API).

As the QR code is scanned, the digital report opens in the New GIA App which can then be stored in the user’s Apple Wallet. The New GIA App will be launched on 10 June for use by jewellers and consumers, and can be downloaded from the Apple Store.

The app will also feature learning guides and tools such as the four Cs of diamond quality – colour, clarity, cut and carat – as well as other GIA-related content.

Additionally, a new AI-based inscription matching and authentication service called Match iD will be launched together with the app.

The proprietary technology will be used to authenticate inscribed diamonds based on their respective digitised GIA grading reports to ensure provenance and avoid fraudulent sales.

“Our AI technology will be able to identify counterfeit inscriptions,” Patel said, noting that it is very effective in detecting alterations.

“So even if someone cuts the diamond to the same specifications [as the original graded diamond], when the machine takes the image, our AI is smart enough to know that it is not the same diamond.”

A device, which will be sold via GIA for $US695 ($AU977), is needed to use the Match iD service which will be made available soon and come with a limited-time free service subscription.

However, the data for the Match iD service will only be collected for new diamonds covered by the digital grading reports, starting with the Diamond Dossier diamonds, followed by the rest.

Patel added the move of the GIA to go digital can help reduce transport-related carbon emissions and save an estimated 20 tons of paper and 18 tons of plastic each year.

The GIA has confirmed plans to close its Antwerp laboratory on 31 July, citing a lack of demand.

“This is an operational decision based on the limited demand for services and financial performance that did not support continued operations,” a spokesperson told Rapaport News earlier this week.

The Antwerp branch is used for the evaluation of rough for diamond-origin reports and consultation services for large diamonds. These activities remained even after a scaling-down of the branch in the early days of the pandemic.

The GIA performed a review of its operations in Antwerp in 2020 and decided to reduce its activity to a limited list of services because of market conditions and the impact of the pandemic.

Customers will be able to send submissions to other GIA laboratories using Malca-Amit’s shipping services.