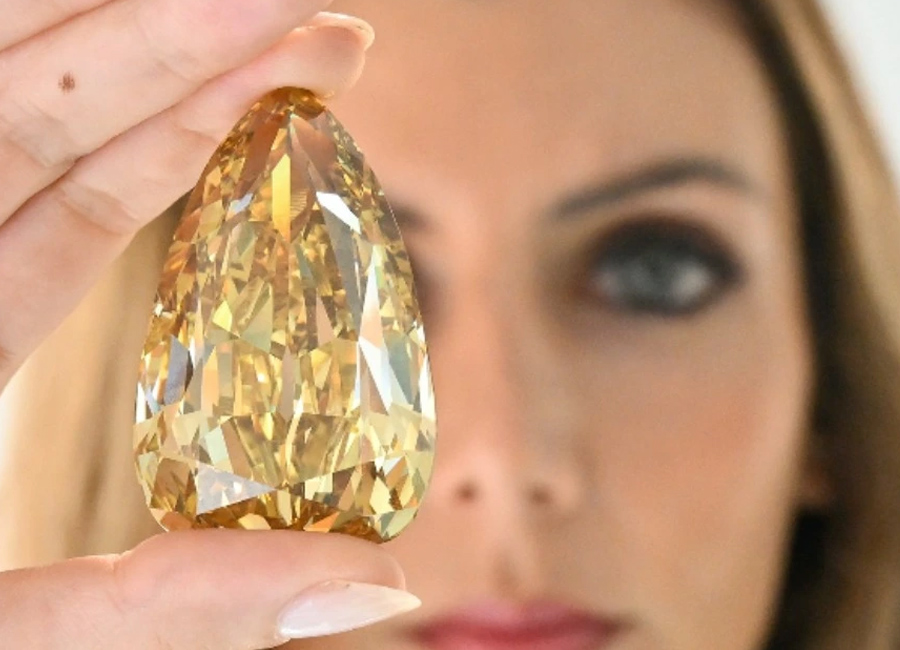 The Golden Canary fetched $US12.4 million ($AU18.35 million) at Sotheby’s Magnificent Jewels in New York, becoming the third most valuable yellow diamond to be sold at auction.

The 303-carat pear-shaped fancy colour brown-yellow diamond is the largest diamond to have been graded as internally flawless by the Gemological Institute of America.

In an unusual twist the auction began without a reserve price and Quig Bruning, head of jewellery at Sotheby’s, said it was a diamond with ‘presence’.

“The Golden Canary captivated me from the moment I saw it — with its monumental size, golden hue and impeccable clarity — it is truly an extraordinary diamond with immense presence,” he said.

Originally known as the Incomparable Diamond and discovered in the Democratic Republic of Congo in the 1980s, the diamond was recut from its previous 407-carat shield shape to deepen the colour. The diamond was discovered as an 890-carat rough.

A 5.27-carat emerald that was salvaged from the shipwreck of the Nuestra Señora de Atocha after nearly 400 years also proved popular, fetching $US1.2 million ($AU1.78 million) after frenzied bidding from 18 participants.