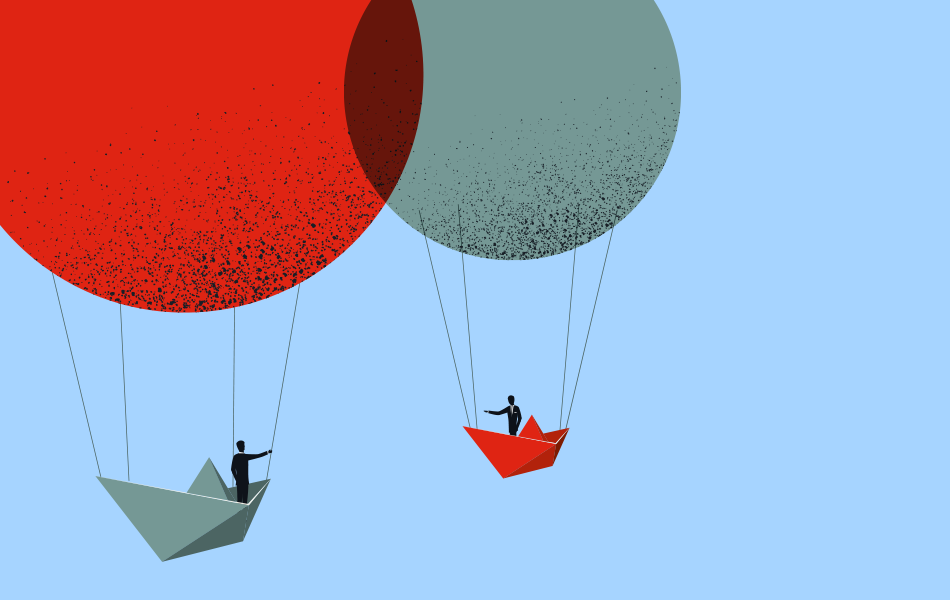 Jewellers Association of Australia (JAA) president Joshua Sharp has made the first move in what may be seen as a step towards unifying the industry.

In a series of emails following recent reporting Sharp told Jeweller he had called Expertise Events managing director Gary Fitz-Roy to advise that “a past contractual dispute is dead and buried”.

“This matter was never pursued after 2017 and will not be part of the JAA’s future,” Sharp explained.

The dispute that Sharp references is a six-year-old claim that Expertise Events still owes the JAA sponsorship payments dating back to 2016.

The claim and counterclaim came to light again following the sudden resignation of Karen Denaro as president on 9 October.

According to Denaro, her departure occurred due to what she believed to be misguided management decisions and which later triggered old wounds for the JAA when she said she was stopped by the board from meeting with Fitz-Roy, who had hoped to open discussion about the JAA rejoining the Sydney trade fair in 2023.

JAA vice president Ronnie Bauer made it known on 11 November that the JAA had no time for Expertise Events saying, “that it was a bad look for the JAA to be seen attending the Fair of someone who owes us money” and that the JAA was still exploring avenues for recovering the alleged 2016 debt.

In an unexpected backflip two weeks later, the JAA issued a media release titled ‘Retraction on comments made by Ronnie Bauer, JAA Director and Vice President’.

In the 25 November statement Bauer said “I retract these comments and apologise to Gary Fitz-Roy and Expertise Events”.

He added, “I acknowledge that between 2016 and 2019 I was not on the [JAA] board and as such I was not privy to any negotiations that were conducted by the JAA and Expertise Events”.

The handling of the matter seems confusing: Denaro claimed that the board stopped her from meeting with Fitz-Roy and  as JAA vice president, Bauer confirmed her claim by stating “It was a board decision [that she not attend]”.

However; Bauer now retracts his statements and apologised to Fitz-Roy, though it is unclear whether the retraction involves the claims about the board decision. If it was a “board decision” there would be nothing for which to apologise.

Even though Denaro made her claim, and which was subsequently confirmed by Bauer, Sharp now advises that the board never told the former president that she could not attend the meeting.

“This was never said by the board, tabled or discussed in a board meeting, as to whether she should attend the fair or not. It was her personal choice whether to attend the fair.”

This confusion aside Sharp has told Jeweller, “I have spoken to Gary and he is aware that the current JAA board has no interest in bringing this matter [contract dispute] back to life, it is finished, end of story.

Fitz-Roy confirmed that Sharp had called him last week from overseas and they had a long chat.

“He [Sharp] told me that the JAA does not consider that my company owes the JAA royalties and said the matter is now over and he would make a public statement to that effect.”

What has not been widely-known until now – and which might have played a part in Sharp’s decision – was that previous JAA boards had appointed three legal firms over a 12 month period to act for the JAA on the same matter.

The spokesperson added, “Nothing further was heard from the JAA after the third and final round of communications between the Expertise lawyers and the JAA’s third iteration of legal representatives.”

This account would seem to support Sharp’s statement that the JAA has not pursued the debt since 2017.

Fitz-Roy said it was not clear whether the current board knew the full details of Expertise Events’ claim for breach of contract against the JAA prior to Bauer’s comments on 11 November, and/or whether members knew money was wasted by ignoring legal advice.

“I am not sure that the current board was aware that previous boards had appointed three different legal firms to act on their behalf and each time the new legal firm became aware of all the details, not just the alleged debt, we never heard from them again.

“That must say something about the JAA’s legal position, and more importantly it says a lot about the previous management of the JAA if they ignored their own legal advice.”

When asked about the JAA’s appointment of three different legal firms Sharp said, “I have no idea why it matters how many legal firms JAA appointed over five years ago,” and reiterated, “The current JAA board sees this matter as closed!”

What also may have played a part in the decision – and what Bauer’s now retracted comments did not recognise at the time – is that the Limitation Act 1969 (NSW) places time limits on the rights of a creditor to bring an action for the recovery of debts.

The Act stipulates that court action must commence within six years of the date on which the debt first arose.

Fitz-Roy said, “I am just glad it’s over. I am tired of the JAA having an internal dispute or a fight with someone else and my name comes up. The JAA president resigned and suddenly our name was brought up about a six-year-old dispute which had nothing to do with the president resigning.”

“We seem to be an easy target for a small number of like-minded people to use as a way to deflect from their own failings. I hope this brings the matter to an end as it’s damaging for everyone.”

He added, “But I am glad to see that Joshua has come to the realisation that it’s time to move on. It’s a shame as I think Karen [Denaro], who I have never met, may have had the same intention but unfortunately we will never know.”

Fitz-Roy also confirmed that he and Sharp have agreed to meet when Sharp returns to Australia.

“I said we have always been happy to meet, but I made two points for him to consider before we meet. The first was that the JAA used to receive over $400,000 a year in sponsorship income from four to five [sponsoring] companies in insurance, finance, freight, media, etc – including the money we donated to the JAA – and it’s all now gone.

“I asked him why? I made it clear that the common denominator in the destruction of all of those business relationships and loss of income is the JAA. No one else. All the major sponsors of the association have deserted it and the JAA needs to come to terms with that.”

Fitz-Roy said that while his message was blunt Sharp understood the point and reiterated that there was a need for them to meet.

“And secondly I said that I hope he’s going to be a new broom, it has to be with actions not just words and paying lip service. It’s time the JAA does a thorough review of its staff and consultants to ascertain what part – if any – they have played in creating the industry division and a potential loss of over $1 million in sponsorship income since 2016.”

He added, “If Joshua wants to be seen as the new broom, and to get the JAA membership growing rather than reducing, back to where it once was, and respected, as the new broom he needs to look under the rugs because there’s often a lot to be seen there”.

On his side, Sharp said that “The JAA is looking to assist in uniting the industry and ensure it prospers in the future. We will work with whomever is willing to help our industry prosper.”

He told Jeweller he stood for election to the JAA, “To give back to an industry that has given so much to me and my family. On a personal note, I would love to see the industry united and working together for all.”

Three digital marketing tactics you must have in your arsenal