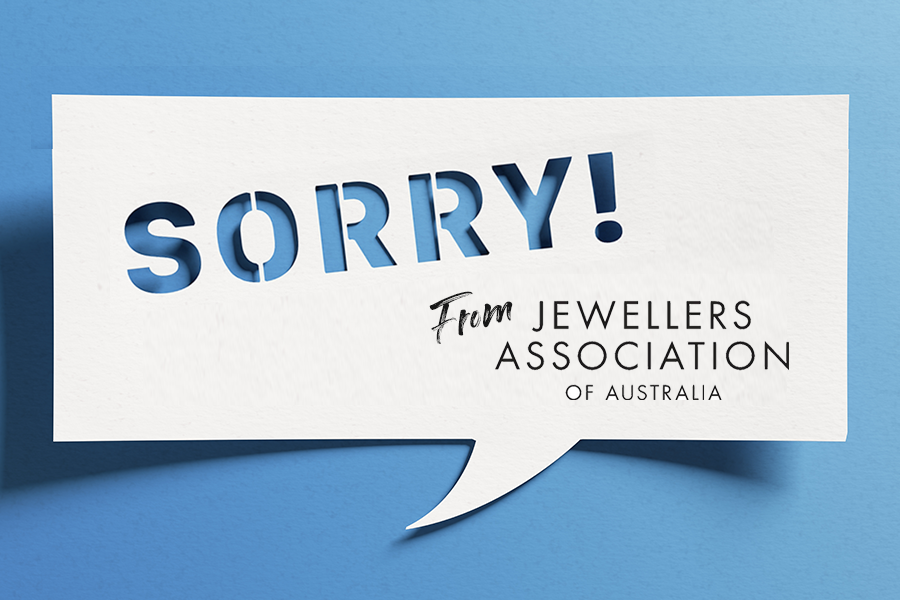 In a surprising turn of events Jewellers Association of Australia (JAA) vice president Ronnie Bauer has retracted recent statements made about Expertise Events.

In an article published on 11 November, titled ’JAA turns down opportunity for industry unity’ Bauer offered an explanation about why former president Karen Denaro was stopped from meeting with Expertise Events managing director Gary Fitz-Roy.

For his part Fitz-Roy explained that after six years of debate following the ending of a 25-year sponsorship agreement, he was attempting to extend an ‘olive branch’ to the JAA, aiming to explore options with Denaro for the jewellery association’s participation at next year’s Sydney trade fair.

However Denaro did not attend the meeting telling Jeweller, “because the Board advised me it was inconsistent with the JAA’s priorities”.

A media release issued by the JAA on Friday 25 November titled ‘Retraction on comments made by Ronnie Bauer, JAA Director and Vice President’ reads:

I, Ronnie Bauer, have been directly quoted or stated to have said in the article the following.

I retract these comments and apologise to Gary Fitz-Roy and Expertise Events.

Bauer added, “I acknowledge that between 2016 and 2019 I was not on the [JAA] board and as such I was not privy to any negotiations that were conducted by the JAA and Expertise Events”.

Jeweller contacted Fitz-Roy who acknowledged the retraction and said Bauer had called him to apologise: “I am happy that commonsense has prevailed, it’s about time the Australian jewellery industry began to move forward rather than constantly living in the past.”

Bauer’s reaction and apology concluded by saying, “I will make no further comment about this matter as the Board and myself consider the matter between JAA and Expertise Events as finalised”.