Two notable diamonds each weighing more than 100-carats will take centre stage during the Sotheby’s Magnificent Jewels tender on 16 June.

A legendary 101.41-carat pear-shape D internally flawless diamond named ‘The Juno’ after the ancient Roman queen deity, it is on record as the fourth-largest pear-shape diamond to go on auction.

The Juno is a type IIA stone that is considered “extremely uncommon” in natural diamonds, according to a statement from Sotheby’s, which makes it a highly sought piece especially among “members of the 100-carat club”.

The diamond is the highest valued lot in the tender and is expected to fetch an estimated $US10 million ($AU13.93 million).

Another piece is the Earth Star, an extremely rare 111.59-carat cut and polished pear-shape, fancy deep orange-brown diamond and considered the second-largest diamond to go on auction weighing more than 100 carats .

The stone originally came from 248-carat rough diamond discovered at the Jagerforstein mine in South Africa in 1967. It was sold for a little less than $US1 million in 1983 to a private buyer.

The Earth Star is making its first public appearance after almost 40 years as a pendant set on an azurmalachite gemstone designed by David Webb. It is estimated to fetch around $US1.5 to $US2.5 million.

The diamond was featured in the Famous Diamonds book written by Lord Ian Balfour. 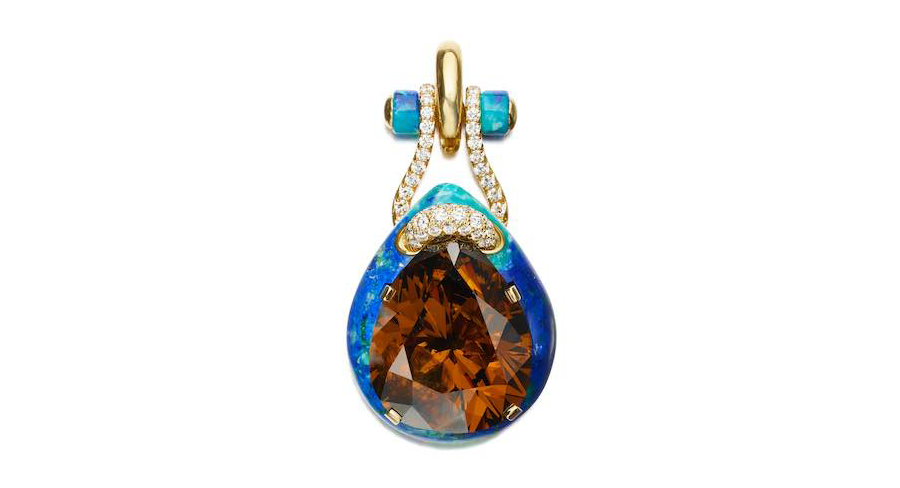