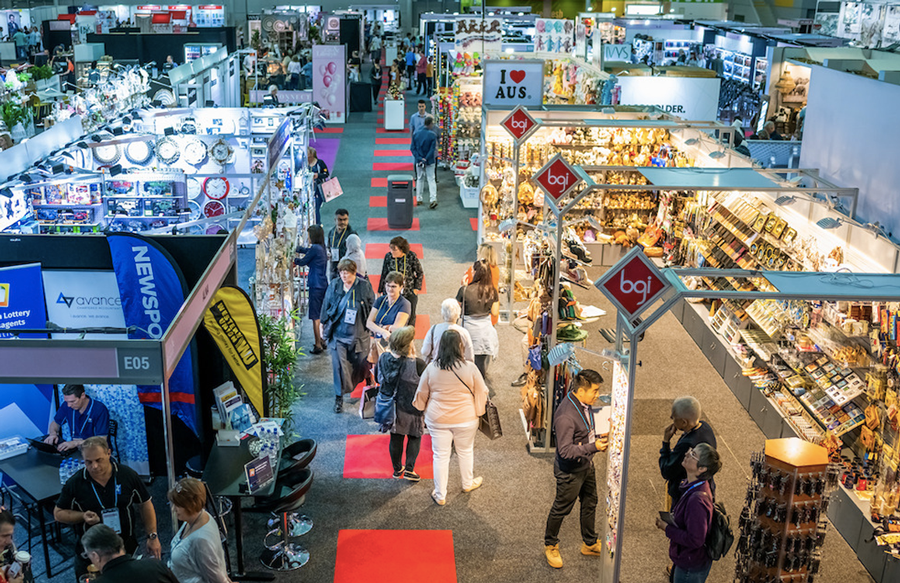 The Melbourne Jewellery Expo has officially sold out according to event organiser Expertise Events.

Managing director Gary Fitz-Roy admitted he has been caught a little by surprise: “The show just keeps growing, especially since the three major jewellery buying groups will be there showing their support for Victorian retailers, but unfortunately we don’t have any more space to allocate”.

Nationwide Jewellers, Independent Jewellers Collective, and Leading Edge Jewellers have each committed to running member events at the Expo and Fitz-Roy explained that what started as a small boutique-style jewellery exhibition at the request of suppliers has grown to 45 exhibitors.

“I think what has stood out for most people is that we were the only organisation to run events throughout COVID, where and when we could. We hosted small, boutique shows in the capital cities and the Melbourne event last year [2021] was very successful,” he explained.

“So we ran the show again this year as part of the Melbourne Gift Fair and following supplier feedback, we decided to increase the floor space to allow more exhibitors. But there is no more, we have had to close bookings.”

Scheduled to kick off the year after the Christmas and New Year trading periods, the 4-6 February event at the Convention & Exhibition Centre is “now confirmed as one of the biggest Melbourne jewellery events to be staged in decades”, Fitz-Roy added.

While the annual focus for the trade has always been Sydney there have been many attempts over the past 15 years to run jewellery events in Melbourne – including roadshows, small events and even hotel-style buying days – all of which have had mixed success.

However, Fitz-Roy believes COVID-19 changed everything, especially for Victorian businesses.

“I think the pandemic made people realise how important face-to-face buying and selling is, and no one had it tougher during COVID than Victorian retailers who had to put up with being the lockdown capital of the world.

“And the fact that we ran a small Melbourne event in 2021, when no one else would, demonstrated to retailers and suppliers that there is a new need. Who knows, given the demand and interest for 2023, Melbourne could become something that continues to grow,” Fitz-Roy explained.

The Melbourne Jewellery Expo is a dedicated space featured under the roof of the Gift & Lifestyle Fair and Frontlines FAB event; an ideal combination for retailers wanting to maximise their time and see a broad range of complementary products.

The event will also showcase live fashion parades and will also include dedicated pavilions of Australian-made and sustainability products. On Saturday afternoon from 4PM ‘happy hour’ on the show floor is a chance for retailers and suppliers to informally gather.

“I think the Melbourne Expo will reflect the changes in retailing over the past three years, especially allowing the buying groups to have a central focus to meet their members ongoing in Victoria from the last year.

“By having everything a store could want under one roof it will offer time efficiency in two ways. The first is a great section of jewellery suppliers all together at the one place and secondly allow retailers who carry complimentary gift lines do it all especially country retailers,” Fitz-Roy added.

The Australian Jewellery Fair is scheduled to take place at the ICC in Sydney’s Darling Harbour on 18-19 March.

Following that, the International Jewellery Fair is scheduled to return to Sydney on 19-21 August after a successful ‘reset’ this year following a three-year hiatus due to the pandemic. The 2022 IJF featured more than 140 exhibitors.