Moscow out of World Federation of Diamond Bourses 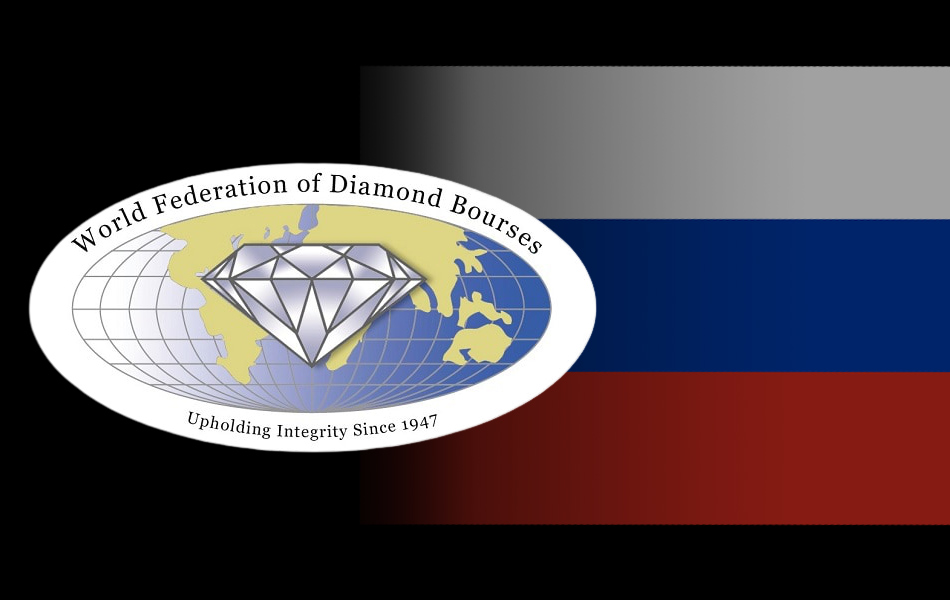 The 17-year old trading centre announced a temporary suspension of activity on 7 March following the beginning of the Ukrainian conflict in late February. However, the Bourse has now gone a further step forward, announcing via letter that it would suspend its membership from the international organisation until the conflict is resolved.

“We look forward to see the end of hostilities and hope that we all will be able to return to normal in the future,” the letter states.

In response to the self-imposed suspension, WFDB President Yoram Dvash said “The Moscow Bourse president Alex Popov acted responsibly in shutting down its activities and suspending its membership in the WFDB.”

The World Federation of Diamond Bourses was established in 1947 and is headquartered in Antwerp, Belgium. The aim of organisation is to provide bourses trading in rough and polished diamonds, as well as other precious gemstones, with a common and shared set of trading practices.

The WFDB has 30 core members and the Moswcow Diamond Bourse was accepted as the 26th member in June of 2006.

On 15 March, the WFDB released a public statement addressing the invasion of Ukraine.

“The World Federation of Diamond Bourses (WFDB) is deeply concerned over the loss of life and suffering that is inflicted on so many as a result of the conflict in Ukraine,” the statement reads.

“As a leading international trade organisation that incorporates diamond bourses from all around the globe, the WFDB has always called upon its members to encourage tolerance, dialogue and cooperation, as well as compliance with international business guidelines and the prevailing laws.

“The current situation is complicated and volatile. At this time, it is impossible to predict or measure its impact on the world diamond industry. The WFDB will carefully monitor all developments associated with this crisis and will update its members.

“The WFDB calls on all member bourses to closely follow the mandatory guidelines and decisions of the authorities within their relevant jurisdictions and to guide their members to act in strict accordance with such binding decisions and the laws to which they are subject.”

FANCYCD Holiday Deals Week I Love You to the Moon and Back” Love Heart Necklace, Jewelry for Women & Girls, Gifts for Girlfriend, Wife, Sister, Grandma, Mom