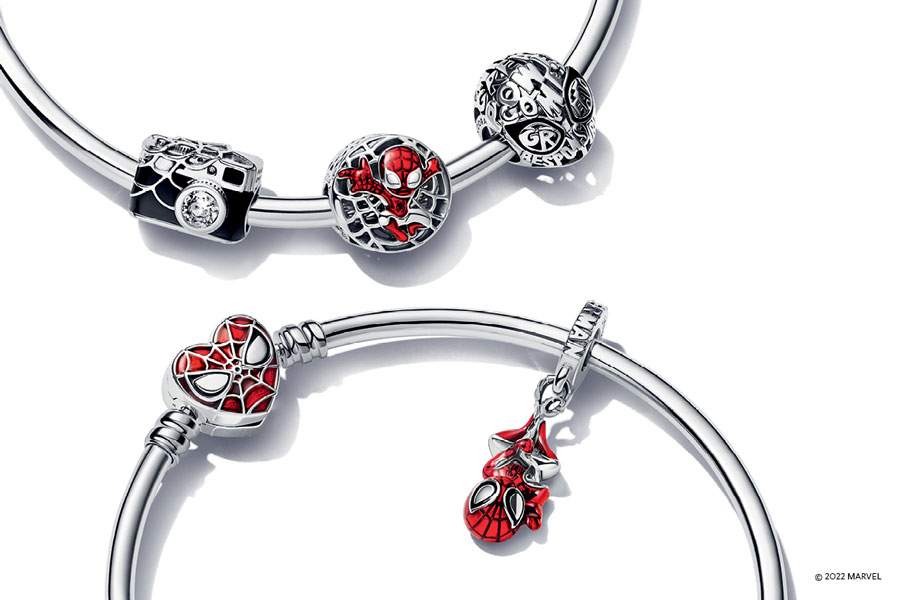 Pandora’s affinity for superheros has continued with the release of a new collaboration with Marvel, the Spider-Man collection.

The collection includes a bracelet paying tribute to Spider-Man’s iconic mask, as well as studs and charms that are inspired by the character’s web-slinging movements.

“We were super inspired by the universe of hip-hop and youth culture, but also the coolness and art of old-school comics,” said Pandora creative director Francesco Terzo.

“We developed an aesthetic for this collection that is very powerful and distinctive, with elements such as bold, graphic outlines and all-over pavé.”

Established in 1982, Pandora is based in Denmark and is distributed in more than 2,700 stores across 100 countries worldwide. The company is traded on the Nasdaq Copenhagen as PNDORA.