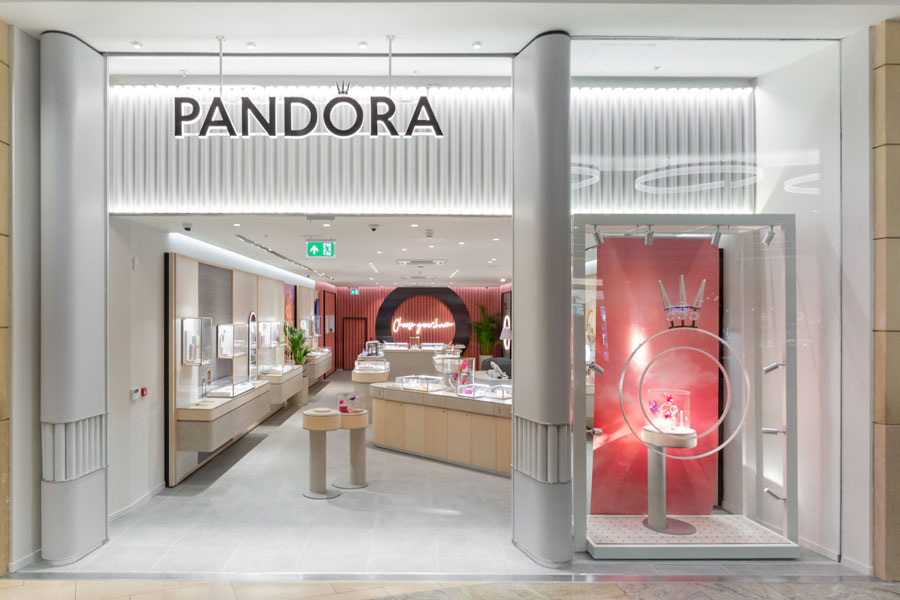 Pandora has continued its strategy of acquiring the retail jewellery stores of its country distributor, announcing the purchase of a Portuguese retail network.

The takeover – which assumes full control of retail operations and business management in the region – involves 34 Visão do Tempo stores – 24 concept stores and nine mall shops – established throughout major cities and premium locations in Portugal.

The restructure is in line with Pandora’s Phoenix business growth and network expansion strategy announced in 2021. It follows the acquisition in March of its largest North America franchisee Ben Bridge Jeweler. That deal involved 37 US and Canadian stores.

Pandora will begin operating all stores on 20 July under the Pandora label with the aim of improving brand development, increasing sales channels and enhancing its product offerings.

Olivier Kessler-Gay, general manager for the Western Europe market cluster, Pandora said, “Portugal is one of the top markets in Western Europe and we see great potential to further strengthen our brand and drive growth.”

“I would like to thank Visão do Tempo for launching Pandora in Portugal 16 years ago and for their dedicated stewardship ever since. Pandora is today a main actor in the Portuguese jewellery sector, and we plan to continue the positive development.”

Visão do Tempo introduced Pandora to the Portuguese market in 2006. The store network posted total sales revenue of €24 million ($AU36.33 million) in 2021.

Frederico Carneiro, CEO, Visão do Tempo said, “We are deeply thankful for the opportunity to establish and grow Pandora in Portugal.”

“Pandora will now enter the next phase in Portugal and I am confident that this step will take the brand even further and bring it more success,” he added.

In 2021, Pandora launched its first exclusive lab-created diamond collection set and announced plans to phase out natural diamonds from its product lines.

The jewellery company had previously used both man-made and mined stones across its collections, albeit in very limited quantities. Worldwide, natural diamonds were set in approximately 50,000 of the 85 million pieces it manufactured in 2020.

Founded in 1982, Pandora remains headquartered in Denmark and has extended its reach to more than 2,700 stores in 100 countries worldwide. The company employs approximately 27,000 people.