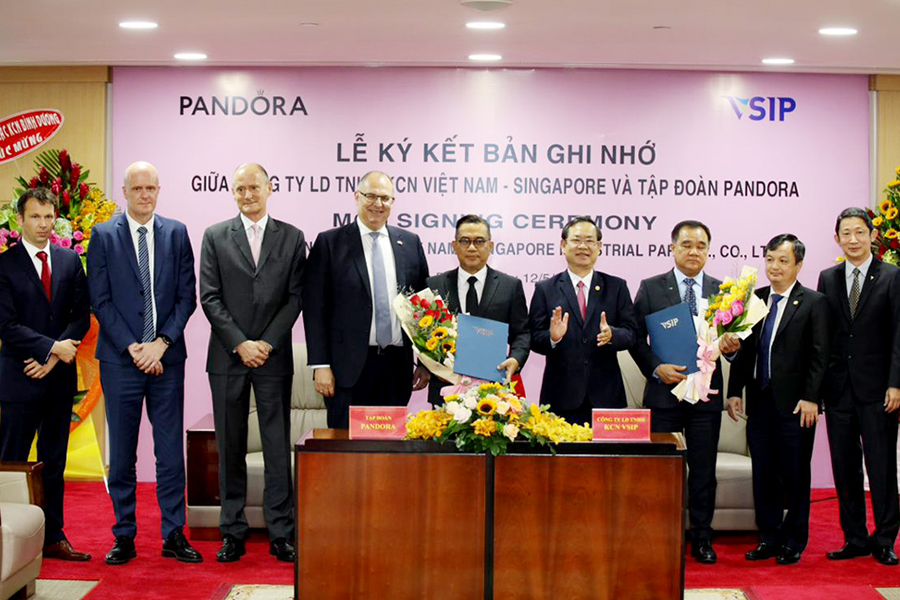 Pandora Group has unveiled plans for a new factory in Vietnam with construction scheduled to be completed in early 2024.

Pandora is headquartered in Denmark and operates 2,700 stores in 100 countries worldwide. Pandora employs approximately 27,000 people and generated $US3.5 billion ($AU5.09 billion) in revenue in 2021, a company record.

The factory in Vietnam is expected to cost $US100 million and will create jobs for 6,000 people, with plans for an annual capacity of 60 million pieces of jewellery manufactured.

The Vietnam facility will be Pandora’s third manufacturing site, with the other two in Thailand.

“We scouted countries all over the world before deciding on Vietnam and Binh Duong province,” he said.

“Vietnam has a rich craftmanship history, and we will be able to access a large group of craftspeople. Binh Duong and VSIP (Vietnam Singapore Industrial Park) provide great infrastructure, and we are very grateful for the support we have received from the local authorities and VSIP team.

“Expanding our production capacity is critical to meet expected demand, and we are ready and excited for our new chapter in Vietnam.”

Pandora’s new site in Vietnam will be located in the Binh Duong Province, about 40 kilometres north of Ho Chi Minh City.

The factory will be built in accordance with a US environmentally friendly building certification (LEED gold standard), and be powered by renewable energy.

Pandora has been an industry leader in environmentally friendly business practices in recent years, making a commitment to halving greenhouse gas emissions by 2030. Pandora has also committed to reaching zero net emissions by 2040.

Denmark’s Ambassador to Vietnam, Kim Højlund Christensen, said that environmental focus played a key role in the selection of the Binh Duong Province as a location.

“Vietnam has become an attractive destination for Danish companies, not least due to its green transformation of the economy, and we are happy to see Pandora making this important investment decision in the country,” he said.

Both Pandora sites in Thailand operate on renewable energy and are expected to use only recycled silver and gold by 2025.

Pandora also plans to expand facilities at its current manufacturing site in Lamphun, Thailand. That project will cost approximately $US60 million.

Pandora projects that total manufacturing capacity will increase by around 60 per cent once the Vietnam factory is operational.