Perth Mint rapt with the success of 007 anniversary series 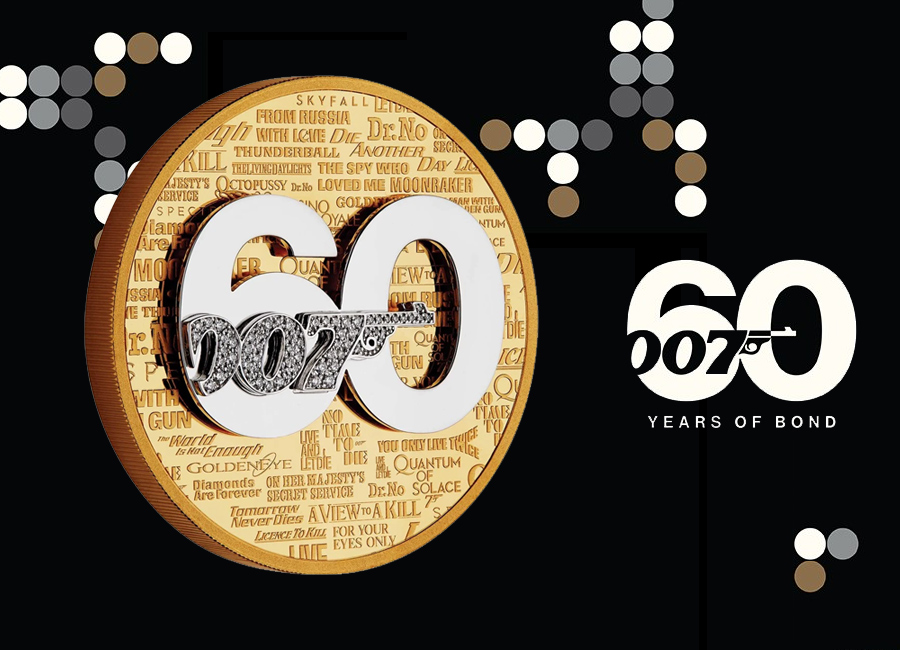 The Perth Mint’s 60-year anniversary celebration of the James Bond franchise has moved from strength to strength, with the latest edition to the series incorporating diamonds.

The Perth Mint launched the series in February of 2020 and has since expanded the collection to include more than 50 pieces.

The latest piece was released on 15 November and was made in collaboration with renowned jeweller John Glajz.

The coin incorporates the official 60th anniversary logo made from white gold with a pavé setting of 0.24 carats of white diamonds within the iconic 007 gun logo and retails at $30,000.

Perth Mint general manager minted products Neil Vance told Jeweller it was a project that had grown in popularity over the past two years.

“The 60 Years of Bond anniversary coins have been really well received, with a number of coins selling out or close to sell-out,” he said.

“Since launching, we’ve released more than 50 products in the program. Highlights include the James Bond Official 25-coin collection which celebrates each of the 25 Bond blockbusters and many sold out releases such as the Sean Connery one-ounce silver proof coin, the James Bond quarter ounce gold proof coin and numerous sold-out bullion releases.”

What would soon evolve into one of the world’s biggest film franchises, James Bond began was a novel written by author Ian Fleming in 1953. Fleming would pen 12 books featuring the character, before producers Albert Broccoli and Harry Saltzman introduced the spy to the silver screen for the first time in 1962.