Preaching unity while setting fire to the olive branch 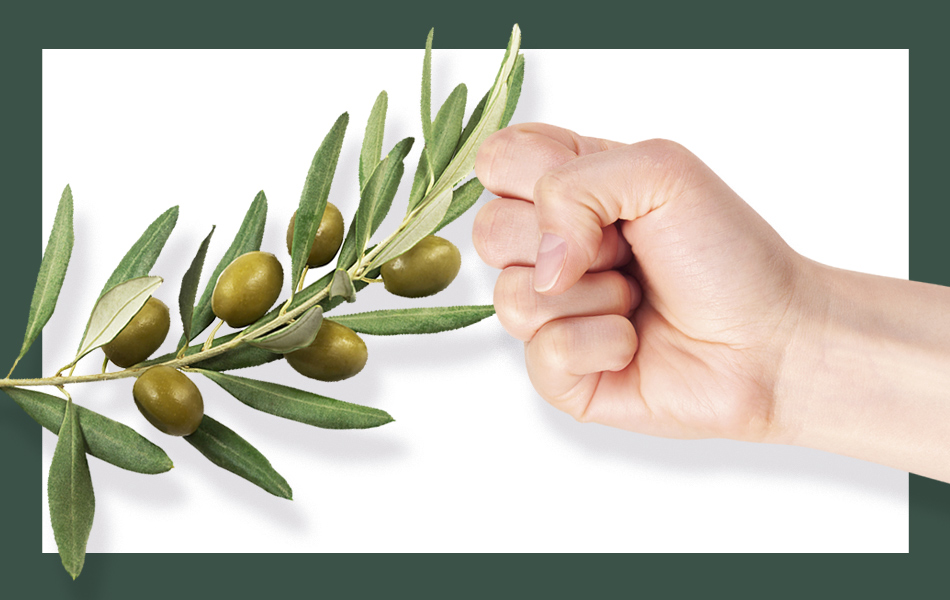 In light of the sudden departure of the JAA president and subsequent admissions by the newly appointed vice-president, ANGELA HAN asks some difficult questions ahead of the JAA’s upcoming annual general meeting.

What has become painstakingly clear over the past few weeks is that the Jewellers Association of Australia (JAA) hasn’t learned from the past.

In short: the JAA still does not understand that it exists at the behest of the Australian jewellery industry, not the other way around.

From suppliers to retailers and everyone in between, most would agree that the jewellery industry would continue as it always has if the JAA vanished tomorrow.

Based on recent developments it seems that the current board hasn’t learned from the disastrous decisions made by previous boards. Indeed, these errors in decision making still plague the JAA and continue to stoke division within the industry – a phenomenon which goes against the very mission of the JAA itself.

Perhaps unwittingly, Bauer provided an insight into the management of the JAA when he exposed the six-member board’s myopic views and harboured grievances at the expense of advancing the wider jewellery industry.

In doing so Bauer also lent credence, perhaps inadvertently, to Denaro’s concerns about the JAA and its management. He may well have legitimised the reasons Denaro cited for quitting the JAA.

It has been no secret that the JAA and Expertise Events, the owner and organiser of the annual jewellery trade fair, had an acrimonious split in 2016 after a 25-year business relationship which saw Expertise Events sponsor the JAA to the tune of tens and tens of thousands of dollars each year – a hefty sum that the JAA received while having to do little in return.

This ‘naming rights’ sponsorship arrangement allowed the JAA to spend time focusing on membership and more pressing trade matters while leaving trade fairs to be run by event and exhibition specialists.

While the dispute has been well-documented, what could not easily be verified was the perspective of the JAA and its various board members since its membership and income went into freefall after the split from Expertise Events.

Questions have now arisen about whether the JAA has been acting in the best interests of its members and the broader industry for the past six years or whether it has continued to harbour grudges while engaging in actions that go against the ‘unity’ they preach.

Since the resignation of Denaro a new light has been shone on the board which has revealed that petty politics continue to fester.

The former president issued a press release on 8 November to explain her reasons for quitting the JAA and revealed that she was prevented from meeting with Expertise Events’ managing director Gary Fitz-Roy.

Fitz-Roy has since indicated he wanted to meet with the new JAA president to offer an olive branch. He supposedly saw Denaro as a welcoming fresh face – and more importantly as a board member who had no previous ties to past disagreements and disputes.

As previously reported, a topic intended for the meeting was the JAA’s participation and exhibiting at the 2023 jewellery fair, free of charge.

However, Denaro was stopped from meeting with Fitz-Roy to discuss this idea because the remaining five board members decided it “was inconsistent with the JAA’s priorities”.

To be sure, the annual International Jewellery Fair in Sydney is the most important event on the industry calendar, where everyone comes together to network, buy and sell. More importantly, it’s where we all can come together to celebrate the Australian jewellery industry.

However, according to the former president, the JAA does not see the industry’s largest and most important annual event as a “priority”.

This feedback is verification that this board (and previous boards) do not act in a manner befitting an organisation that purports to be Australia’s ‘peak’ industry body.

Bauer’s admission is all the evidence needed to realise that after six years of disharmony it’s time for a change.

The recent actions of the board and the JAA’s mission statement are incongruous.

Indeed, how can these things be reconciled, especially when the JAA has a little over 300 retail members, according to its website?

This membership number pales in comparison to the actual number of independent jewellery stores in Australia or compared against Australia’s largest retail jewellery buying group, which boasts more than 400 members.

This point is important because it begs the question: Can anyone explain how it is in the best interest of the JAA’s 300-odd retail members for its president not to meet with Expertise Events to discuss the future, or better yet, resolve past issues?

Can anyone explain how it benefits the industry for the JAA to work against the leading industry event?

We know there are still those who are licking old wounds about the JAA’s failed trade show – in fact, the JAA had the audacity to blame the buying groups for its cancellation.

A previous editorial published in February 2017 has proved telling. Explaining the reasons why Jeweller (another major financial sponsor) cut ties with the JAA, and asked ‘What does the JAA stand for?'”.

In March the same year, we noted the JAA’s mission statement – which has since changed – “to be the peak industry body that represents greater than 75 per cent of industry participants”.

At the time the editorial suggested that it was “a noble aim; however, achieving this goal appears to be less likely given the continuing turmoil created by poorly considered decisions that affect the wider industry.

“Rather than increasing its membership towards its goal, many of the JAA’s decisions continue to achieve the exact opposite”.

Back then the JAA had around 750 retailer and suppler members; where is that number today? The JAA once had aspirations to represent greater than 75 per cent of the industry and six years later it’s probably less than 10 per cent.

A chance for everyone to forget

For the waning membership of the JAA the pandemic was a period of immense heartache. Never-ending business uncertainty, the prohibition of trading, and the on-going ramifications for the supply pipeline are three of many pain points for Australia’s jewellers.

For the JAA however, the pandemic offered an opportunity – an opportunity it seems they opted to not only avoid seizing, but also, chose to actively reject.

Expertise Events was unable to run the International Jewellery Fair in both 2020 and 2021 – a three-year hiatus for the most important industry gathering on the calendar.

During this hiatus there was something of a blessing in disguise – the JAA’s lack of presence at the IJF was no longer highlighted before all visitors, as it had been in 2018 and 2019. This opened the door for those less invested in the row between Expertise Events and JAA to forget a dispute ever occurred.

The 2022 IJF in August arrived six years after the collapse of the relationship between Expertise Events and the JAA – perhaps an optimist could have hoped that half a decade later – including three years with no IJF – that the hatchet could have been buried on one side or the other, and the trade association could have had the chance to participate in an industry wide celebration of reunification.

Even something as simple as the JAA’s new president – then Karen Denaro – walking the great halls of the International Convention and Exhibition Centre in Darling Harbour, introducing herself to buyers and suppliers alike, would have gone some way to presenting the image of an industry healing from within.

Alas, it wasn’t to be and instead, the JAA lost a president willing to work with, and for, others.

The JAA’s annual general meeting (AGM) is scheduled for next week and we do not know whether the existing board members will stand for re-election.

If they should stand for re-election, in light of Bauer’s frank admission, some serious soul-searching is required by each member.

Given that the current board has demonstrated that it is unable to move on from the past it is perhaps appropriate to ask an important question.

If you are incapable of working towards a vision of industry unity, why don’t you step aside? Don’t stand for election!

We also ask, rather than enduring another year of division and politics, wouldn’t it be better for others who have no prior attachments to past grievances to lead the association?

Bauer’s comments have demonstrated that the JAA’s hands remain close-fisted as it only harbours memories of past disputes – the organisation is not in a posture that is willing or ready to engage in healing or unity.

If anyone who stands for election at the AGM next week cannot honestly state that they will act with no concern for the past, only the future, they should not nominate.

In a media release titled ‘JAA Board offers reassurance”, the JAA stated this week: “The JAA Board … only want the best for the jewellery industry as a whole and would only promote harmony between each other. We will, as we have always, welcome discussions with other industry bodies as well as listening to ongoing concerns and feedback from our members and industry.” (Italic emphasis added)

This statement feels like a plastic promise, delivered with disposable words given that the JAA stated its decision not to meet with Expertise Events was because “it was inconsistent with the JAA’s priorities”.

Denaro, for her part, should be applauded for taking a stand on her principles.

And indeed, rather than criticising Bauer for his comments, he should be lauded for providing an honest and valuable insight into the inner workings of the JAA board, even if most people would consider them misguided.

It’s another reasonable question, given half a decade of dismay.

This question becomes even more important when the association represents as little as 10 per cent of the industry, as the JAA does with its dwindling membership.

The JAA still has time to save itself, but that can only happen when it understands that it exists at the behest of the Australian jewellery industry, not the other way around.

After all, the offer of an olive branch can’t be accepted with a clenched-fist.