Rare Patek Philippe blows auction estimate out of the water 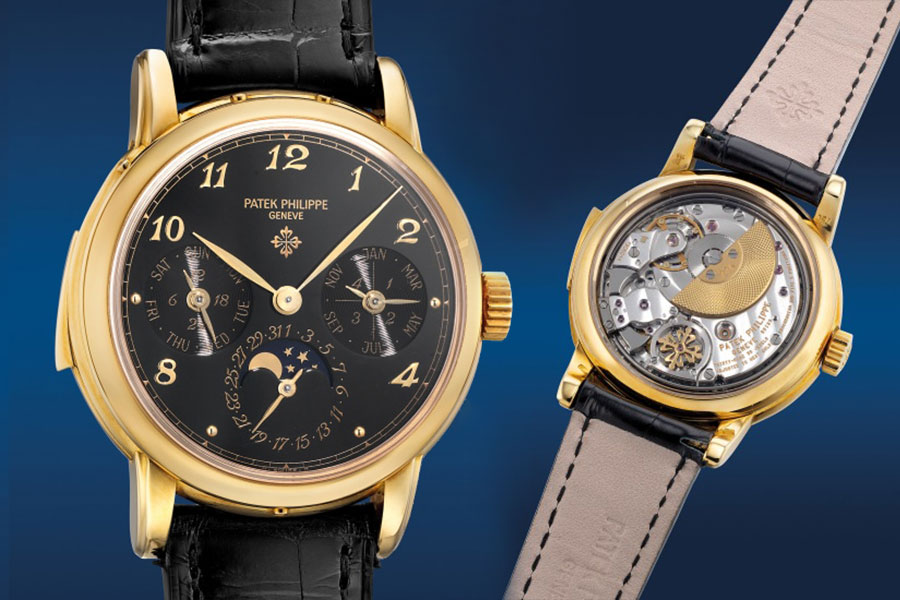 A 1990 Patek Philippe watch has set an auction record, surpassing its pre-sale estimate during the Phillips Hong Kong tender.

The watch was sold for $US2.5 million ($AU3.6 million) and initially was expected to fetch around $US829,000, making it one of the notable performers at watch auctions held to date.

The rare golden Grand Complication model was originally acquired during the 2016 Geneva Watch Auction. Only 120 of the same model were made in a variety of colours such as platinum, yellow, white and pink gold.

The watch featured a sophisticated minute-repeater, 25-hour indicator, a perpetual calendar and phases of the moon, but what made it exceptional were features not found in similar models.

Among the notable distinctions are the uniquely configured rare glossy black lacquer dial, the Calatrava cross logo and the Breguet numerals and fonts on the watch face – all of which indicate the timepiece was customised for a special customer.

“To the best of our knowledge, the offered timepiece is the only Patek Philippe Grand Complication with such a dial configuration known to the market,” the Phillips website stated.

Recently, a 1969 Omega Speedmaster watch which belonged to Apollo 11 astronaut Michael Collins was sold for $US765,000 ($AU1.06 million) during the Heritage Fine Watches & Timepieces Signature Auction in Texas.

The watch – one of only 28 commemorative 18-carat gold Speedmasters made – was presented to the astronaut upon return to Earth from the Apollo 11 mission. That watch also exceeded expectations, initially estimated to fetch around $US100,000 to $US150,000.