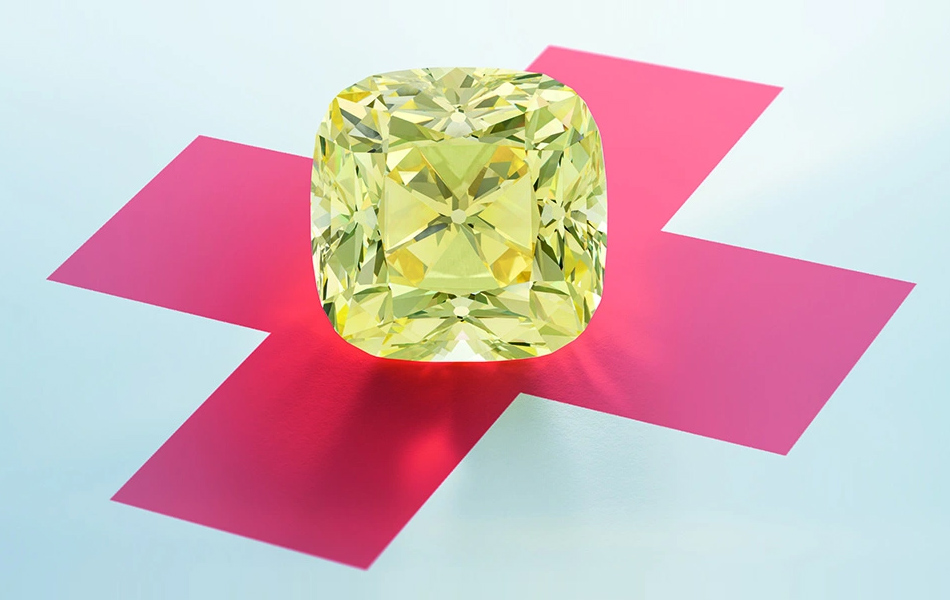 The 205-carat fancy yellow diamond dubbed the “Red Cross Diamond” will be auctioned next month, and is expected to fetch around $US10.7 million ($AUD14.41 million).

The sellers say a “significant” part of the proceeds will be donated to the International Red Cross.

The stone – a fancy yellow cushion-shaped diamond – is considered one of the largest in the world, was mined in 1901 by DeBeers in South Africa and originally weighed around 375-carats.

Red Cross diamond is designed as a distinctive pavilion forming a Maltese cross and will be auctioned for the third time since it was unearthed around 100 years ago.

François Curiel, chairman of Christie’s Europe, told Forbes supporting the Red Cross is “even more poignant in the midst of current events” citing the ongoing conflict between Russia and Ukraine.

“Part of the proceeds of the sale will benefit the International Committee of the Red Cross, for a cause that is even more poignant in the midst of current events,” he said.

The diamond received its name after it was first auctioned in 1918 for the benefit of the British Red Cross Society and the order of St. John which uses the symbol of the Maltese Cross.

Additionally, a 228.31-carat pear-shaped white diamond, dubbed ‘The Rock’, is expected to fetch around $US30 million ($AU40.50 million) at Christie’s Luxury Week tender together with the “Red Cross Diamond”.