Research sees potential use of pearl oysters for bone substitute 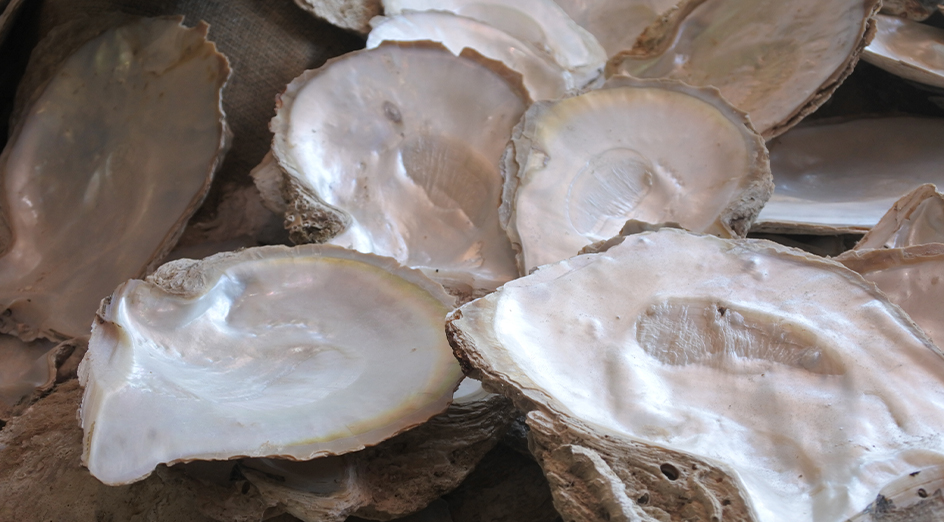 Pearls are often considered the world’s first gem, and as early as 2300 BC they were presented as gifts to Chinese royalty. New research from the University of Western Australia has revealed that mother-of-pearl can be used as a synthetic bone substitute.

It’s also believed that they were deemed so precious in ancient Rome that Julius Caesar – who was said to be a pearl connoisseur – passed a law limiting their wearing only to the ruling classes.

While pearls have a long history in the jewellery industry, ground breaking research to develop the potential of mother-of-pearl for use as synthetic bone substitute is underway off the Broome coast in Western Australia’s Kimberley region.

The collaboration by the University of Western Australia (UWA) and biotech company Marine Biomedical aims to develop PearlBone using nacre-which is abundant in the region- as a suitable alternative for patients needing bone grafting and reconstructive surgery.

Professor Minghao Zheng, research investigator and a 30-year orthopaedic doctor, said that calcium carbonate or limestone is traditionally used as surgical bone substitutes and saw the potential of the pearl oyster as a sustainable and abundant source material.

“Our work has proven that PearlBone substantially supports the process of new bone formation, compared to other synthetic bone substitutes in the market,” Zheng said, adding that the results of the study are “very encouraging” and its “potential for orthopaedic applications could not be understated.”

“There is a revolutionary opportunity to utilise the process of marine biomineralisation in lieu of traditional devices in orthopaedic, trauma and reconstructive surgical applications.”

“Currently about 4 per cent of the world population suffer a fracture each year and about 30 per cent of these need some bone grafting (and) that’s where this bone substitute comes to play a significant role,” Zheng told ABC News Australia

Road traffic accidents and an ageing population, according to Zheng, are among the major cause of bone-related problems where PearlBone applications as synthetic substitutes are needed.

“The first initial application is for open fractures but in the future, if the product is developed, we may also use PearlBone for other applications such as dental fillings and for spinal surgery,” Zheng added.

Professor Tim Colmer, deputy vice chancellor of research, UWA said the establishment of Marine Biomedical in Broome had shown its commitment to economic development in the Kimberley region and strengthen research and education opportunities in the area.

“Modern pearl farming has tended to view nacre as a by-product, but this opportunity to develop PearlBone from this incredible source material shines a light on a whole new opportunity for the pearl farming industry,” Banfield said.

Marine Biomedical will seek regulatory approval for PearlBone for use in Australia and several countries in the next three to four years.

More reading
Waves of change: diving into the pearl sector
Pearls of Wisdom: tidal shifts in the sector
Pearls Down Under: the changing industry