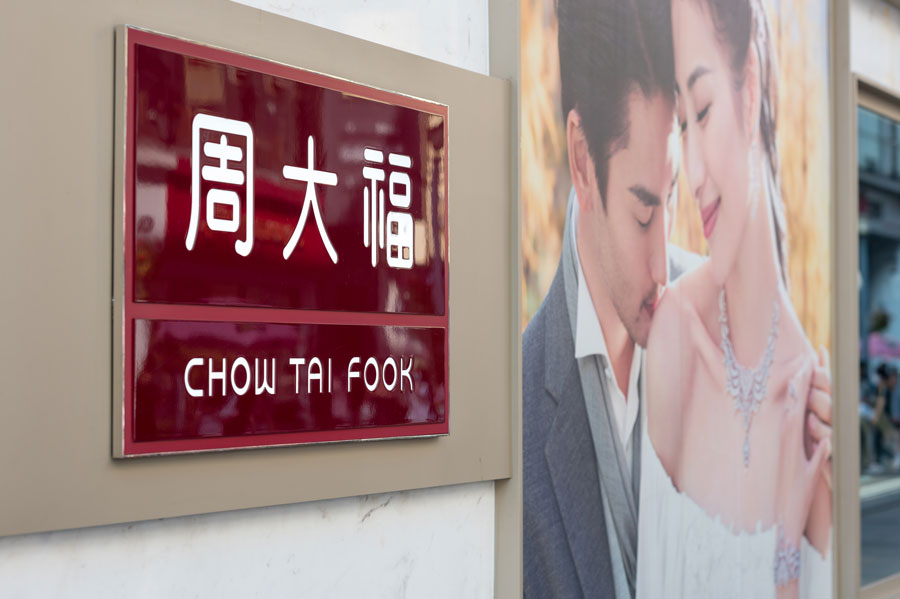 The largest jewellery retailer in China, Chow Tai Fook, has recorded a 26 per cent rise in sales for the fiscal quarter ending 30 September.

Chow Tai Fook is the second-largest jewellery retailer by market value in the world and operates more than 5,900 stores.

Year-on-year retail sales improved by 28 per cent in mainland China, accounting for 91 per cent of total sales. In Hong Kong, sales rose 11 per cent.

Sales declined 3.7 per cent for Chow Tai Fook in the previous quarter, which was attributed to the resurgence of COVID in the region.

Same-store sales increased by 40 per cent for the fiscal quarter ending 30 September.

Attributed to an international drop in price, Luk Fook’s sales of gold jewellery increased by 62 per cent year-on-year.

Luk Fook has more than 2,800 points of sale worldwide currently and recently outlined plans to open a further 500 stores in 2023 after achieving sales of $US1.49 billion in the past year.