Strong attendance for Nationwide at 2022 Fair 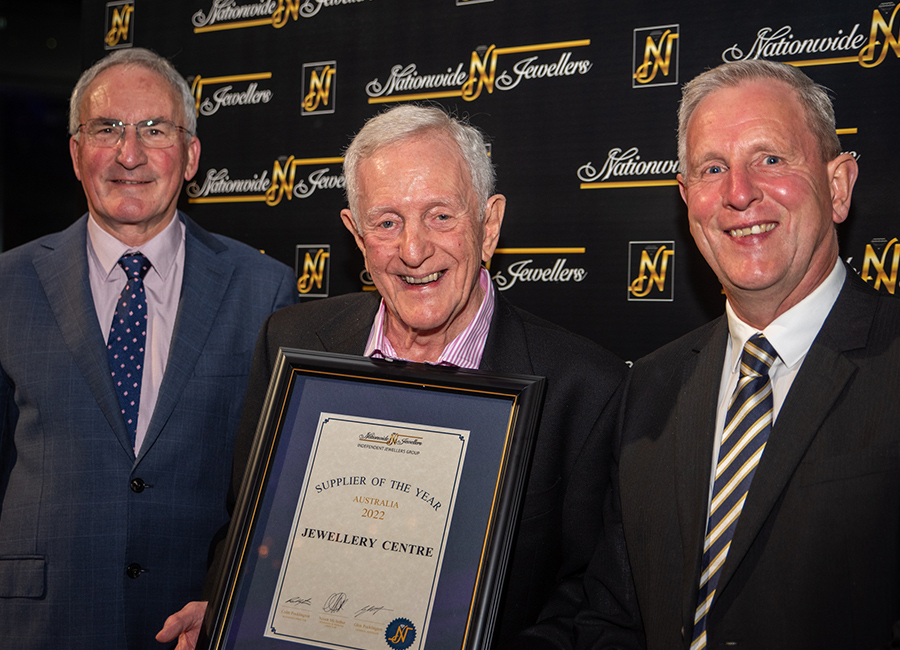 With the dust settling after a busy 2022 International Jewellery Fair, Nationwide Jewellers is celebrating a membership attendance rate that exceeded the expectations of organisers.

More than 320 members of Australia’s largest buying group took part in the Fair at Darling Harbour’s International Convention Centre on August 27-29, equaling the level of participation seen in 2019, prior to the COVID pandemic.

Nationwide’s program began with a morning briefing on the opening day which was well-attended, with more than 180 members taking part in order to receive information about special offers from preferred suppliers exhibiting at the Fair.

For the first time in the history of the group, two members were named the joint winners of the Australian Member of the Year Award.

The New Zealand Member of the Year Award was won by Precious Metals Group, from Hamilton.

The coveted Apprentice of the Year Award was taken away by Ezekiel Maxwell Torrents, from Haab Designer Jewellers in Launceston, Tasmania.

The second-year apprentice managed to come out ahead of a record level of entrants to the competition and claim the Nathan Cameron Perpetual Trophy in its 11th year.

Nationwide Jewellers membership manager Erin Keller said it was excellent to see so many members under the one roof once again.

“Our attendance numbers exceeded our expectations and we were pleased with the turnout,” Keller said.

“We have had positive feedback from both members and suppliers assuring us that nothing quite beats the face-to-face interactions of the trade fair, and that they considered the event a success for their business.”

Nationwide also acknowledged those members celebrating 10, 15, 20, 25, and 30-year milestones since joining the group.

“While the total number of orders placed at the Fair won’t be known for another month or so, the use of Nationwide’s six-month interest free finance offer has increased compared with 2019,” Keller explained.

“That’s a good indicator that the Fair was a success for all of our members.”

From here, Nationwide will turn its attention to the next Time Out conference, which is expected to take place in May of 2023 at the Shangri-La Resort and Spa in Fiji.

Pink Diamonds: Are you getting what you paid for?