Home » Blog » The mystery behind the Diamond Dealers Club of Australia?
Blog

The mystery behind the Diamond Dealers Club of Australia? 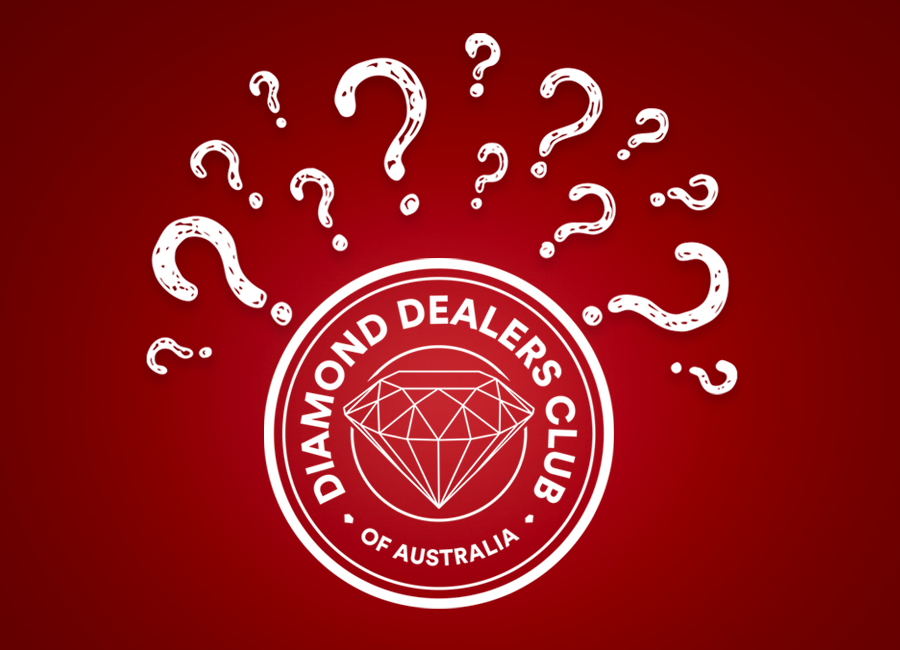 What began as a routine media enquiry has resulted in the discovery of an unusual veil of mystery surrounding the Australian representation to an international jewellery organisation.

For the uninitiated, the Diamond Dealers Club of Australia (DDCA) has operated since 2007 under the long-term management of president Rami Baron, offering members a ‘platform’ to connect with the wider industry.

According to the DDCA website, for $550, an Australian jewellery business can receive an impressive list of benefits. Members are offered the chance to stay ahead of the diamond industry with sneak-peeks on crucial industry news, as well as access to a members-only directory of suppliers and wholesalers.

Under the heading, ‘Trusted Associations’, the DDCA website states it is the “Australian and New Zealand representative of the World Federation of Diamond Bourses (WFDB), meaning that members automatically become associated with a worldwide organisation.”

The DDCA also claims to offer exclusive courses, members-only webinars, and networking opportunities, regular newsletter updates, and ‘integration’ with both the Young Diamantaires platform and the World Federation of Diamond Bourses, although there is no explanation about what ‘integration’ involves or actually means.

Trust is an important concept for the DDCA, given that its website also states: “Trusted Source – Having one trusted source that you tap into in each state, when you are searching for a variety of services or products.”

Jeweller first approached the DDCA when researching an upcoming diamond industry feature, however, and somewhat intriguingly, it became difficult to establish some basic details about the ‘organisation’.

One area lacking in clarity concerned membership, namely, just how many members does the DDCA have? Unable to establish this most basic fact, a number of other issues were soon flagged.

The WFDB was created in 1947 and boasts a supporter base of more than 28,000 members across 29 diamond ‘bourses’ of which the DDCA is one.

This notion of ‘trust’ espoused by the DDCA flows from this lead body: “The WFDB, an association of the world’s major diamond bourses, is the official organisation of the international diamond trading sector. The WFDB promotes the principles of trust, transparency and integrity among all members of the industry.”

Baron – who represents Australia on the WFDB executive committee – explained that Australia’s bourse is ‘virtual’ and therefore doesn’t have a registered trading address, so the address of whoever occupies the presidency is used.

He has been president for the past 14 years of the DDCA’s 15-year existence.

Baron explained that the DDCA serves as a conduit, connecting information from the WFDB to Australian members, and offering the chance to clarify details on concepts such as the KP Process.

Baron alluded to a rocky start to the club in 2007 and specified that membership hasn’t expanded enormously and is composed of a combination of diamond dealers and retailers.

On the topic of membership, Baron remained non-committal, at first advising that there were “just under 50 members”.

Following requests for a precise membership number – “under 50” can mean anything – that were at first rebuffed (an unusual response for a member-based industry organisation) the requests for a specific number were then met with silence.

By contrast, many of the major diamond bourse members list their members on their websites, and most provide contact information in the form of a directory.

While such a concern has some merit, after repeated requests Baron would not confirm or substantiate the DDCA member list to Jeweller, even under assurances any information provided would not be published or shared.

Additionally, Jeweller asked Baron to provide a hand-picked list of four or five members to approach for an article. This offer was also met with silence.

Baron also provided some historical context of the DDCA, stating the process of formation was “haphazard” due to some contentious issues with some of the original members, which he preferred not to explore.

He explained that he was invited onto the board and then elected president – he has been the president of the DDCA since September of 2008. The organisation also has two other publicly identified positions of leadership – the vice president and a chairwoman of promotion.

What may not be widely understood is that the DDCA is registered as an unincorporated body with the Australian Securities and Investments Commission (ASIC).

ASIC records show that Baron is registered as the DDCA’s sole representative, and its registered address is Market Street in Sydney, the same address as a number of Baron’s private businesses.

The most puzzling aspect is that, despite operating since 2007, ASIC’s records show that the Diamond Dealers Club of Australia was registered only last year – 21 February 2021.

Jeweller sought clarification from Baron about this, namely: under which legal structure/entity did the DDCA previously operate (from 2007 to January 2021).

Given the DDCA website lists a vice-president and chairwoman of promotion, Jeweller sought clarification about the position of treasurer, the management of the club’s financial affairs and whether its annual financial reports were independently ‘audited’ or ‘reviewed’.

The Market Street address is also ‘home’ to at least six other businesses that pre-date the formation of the DDCA.

ASIC records show that these include insurance businesses JewelCover, Jewel Bid and Australian Jewellers Consortium, otherwise known as Jewelclaim, as having their registered offices at Market Street, Sydney.

According to ASIC records another six businesses – including Jewellery Insurance Australia and Q Report – are registered to a George Street (The Strand), Sydney address.

While Q Report, a business that promotes itself as “Australia’s most trusted and top-rated provider of specialised engagement ring insurance” – is registered with ASIC at the George Street address, it appears to operate from the Market Street address.

Baron’s Jewelclaim has operated since 1996 and, according to its website, has managed “hundreds of thousands” of jewellery claims. The company’s aim is simple: “Our job is to save money, time and provide information to your [insurance] claims team.”

It’s interesting to note that although Jewelclaim – an insurance business – is not a member of the Gemological Institute of America (GIA), the World Jewellery Confederation (CIBJO) or WFDB, the logos of these three international bodies appear on the Jewelclaim website.

“The Australian Jewellers Consortium maintains direct relationships with such organisations as the GIA, CIBJO, and the WFDB,” the Jewelclaim website reads.

As if to benefit from the reputation and imprimatur of the three organisations, the Jewelclaim website adds: “This global pool of knowledge and experience is priceless.”

A connection between an insurance claims manager and membership to any of the three international jewellery organisations is difficult to understand.

The Gemological Institute of America (GIA) is home to the world’s foremost gemmology and jewellery experts. The World Jewellery Confederation (CIBJO) promotes the interests of those in the diamond, jewellery and precious metal sectors. CIBJO is an international association of other (country-based) associations such as the JAA, and describes itself as the “United Nations of the jewellery business”.

And as explained above, the WFDB is dedicated to serving the international diamond trading industry.

Jeweller contacted the GIA, CIBJO, and the WFDB in order to seek clarification about who can and cannot utilise the intellectual property of said organisations, particularly in the context of being used to promote a private business.

The GIA was the first to respond, with director of corporate communications Stephen Morisseau explaining that misappropriation of the association’s logo was something taken very seriously.

“We are very protective of our logo and marks. Protecting consumers is our mission, and making sure that GIA is not misrepresented in any way is an important part of that,” he said.

“Retailers who are part of our Retailer Support Program (RSP) and GIA alumni can use GIA logos, under conditions and with some restrictions.”

The GIA’s Retailer Support Program is offered to businesses as a way to increase staff’s knowledge on diamonds and gemstones.

Given that Jewelclaim is an insurance business and not a jewellery retailer, one must wonder if Jewelclaim could be a member of the GIA’s RSP, and thus, is likely to have used the GIA’s logo without permission.

Likewise, when contacted Sharon Geffen, head of public relations WFDB told Jeweller: “I appreciate your question as to who can use our logo. Actually individual companies are generally not members of the WFDB. It is in principle an organisation of bourses. So all member bourses may use the logo.

“We do have a few associate members, which are companies or organisations, and they also may use the logos.”

Jeweller has subsequently provided the three international member-based organisations with a copy of the Jewelclaim websites seeking clarification about the uses of their logo by an insurance business.

Baron was also contacted to clarify if Jewelclaim was granted specific permission to use the GIA, CIBJO and WFDB logos on his private company’s website and, at the time of publication, he had not responded.

As previously mentioned, Baron sits on the WFDB executive committee, the WFDB About Us page reads: “As the industry’s most important representative body, the WFDB advances the principles of trust, transparency and integrity among the members of the bourses and throughout the industry.” [bold emphasis added]

There may be simple and logical explanations to all these matters – and Jeweller awaits a response – however, failing an explanation by the DDCA, Jeweller will seek clarification and call on the WFDB’s own claims to support ‘transparency’ in the international jewellery industry, which would include its own Australian and New Zealand representative.