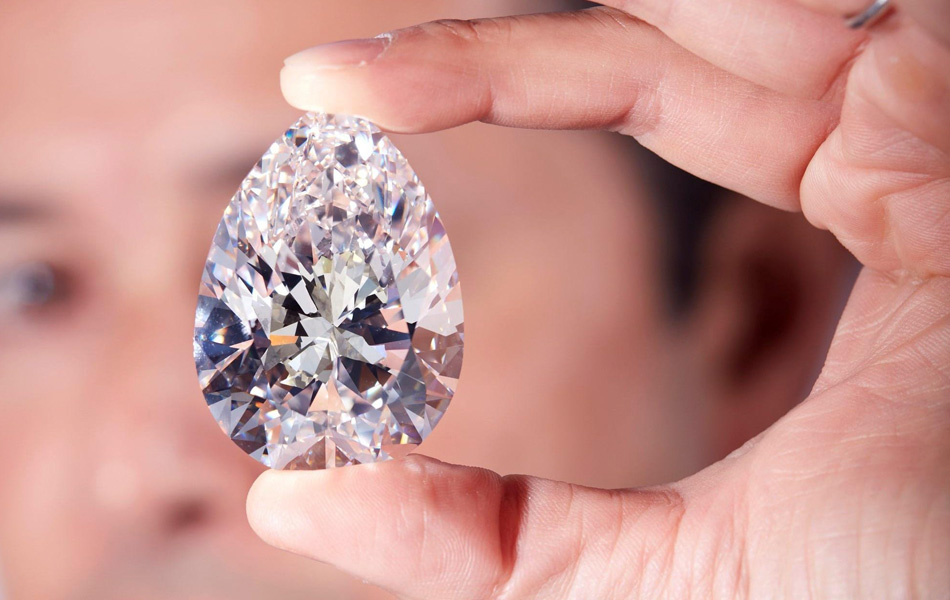 Christie’s Magnificent Jewels auction took place on Wednesday (11 May) and the lead item, a 228-carat white diamond named ‘The Rock’, was sold for more than $US21 million.

The Rock is believed to be the largest polished white diamond to be auctioned. Pre-sale predictions were more than $US30 million; hoping that it would surpass a record set by a 163-carat diamond sold by Christie’s Geneva in 2017.

More than 90 per cent of the items listed at the auction were sold, with sales exceeding $US69 million ($AU99 million).

Pre-sale estimates projected that the diamond would garner $US10 million, a target which was comfortably exceeded as an anonymous bidder claimed the item for $US14 million ($AU20 million).

In the lead-up to the auction, the diamond’s owner stated that a ‘significant’ portion of the proceeds would be donated to the International Committee of the Red Cross.

“Weighing 228.31 carats, The Rock is the largest white diamond ever to appear for sale at auction. The final lot of the auction presented another extraordinary gemstone of over 200 carats, the sensational Red Cross Diamond,” he said.

“It was a privilege to present this legendary stone, which was first sold at Christie’s in 1918 as part of the Red Cross Appeal.

“Over a century since that first sale, the diamond sold after 11 minutes of competitive bidding for 14.1 million francs ($AU20.46 million), a world auction record for a fancy intense yellow diamond.

“We are delighted that a significant share of the proceeds will benefit the humanitarian efforts of the International Committee of the Red Cross.”

Another item of note sold at this auction was the Fürstenberg Tiara, created by famous Austrian jeweler Gustav Flach. The tiara carries 19th century natural pearls, as well as diamonds, and early estimates hoped the item would fetch a minimum of $US400,000 ($AU578,000).

The Fürstenberg Tiara was awarded to an anonymous bidder for a final price of $US2.4 million ($AU3.4 million), well-and-truly exceeding the estimate.

Sotheby’s latest Geneva auction took place on Tuesday (10 May) and generated more than $US36 million ($AU52 million) in sales.

A seven-carat, fancy-intense-purple-pink, VVS2-clarity diamond ring was the most expensive item sold. The cut-cornered rectangular modified brilliant-cut diamond was sold for $US5.6 million ($AU8.1 million).

In total, 77 per cent of items featured at the auction were sold.

One item which performed well above expectations was a gem-set and diamond bracelet named Birds in Flight, created in 1927 by Oscar Heyman. The bracelet fetched $US1.5 million ($AU2.1) – nearly doubling the initial estimate.

View the live auction of ‘The Rock’