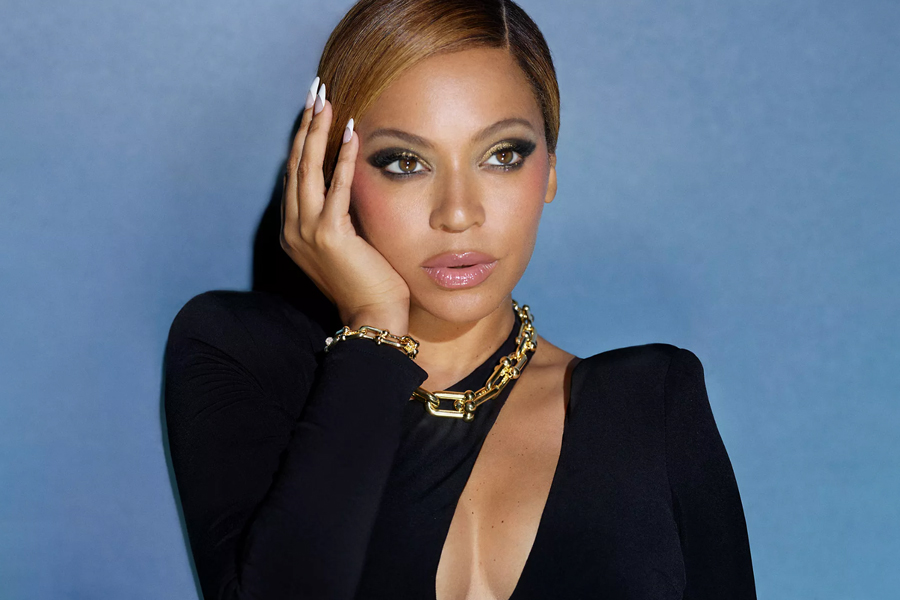 Award-winning US singer Beyoncé has partnered with Tiffany & Co for the luxury jewellery company’s latest campaign, ‘Lose Yourself in Love’.

As a part of the campaign, the singer is wearing a piece from the Tiffany HardWear collection, made specifically for the campaign. With 18-carat gold links, the piece reportedly took more than 40 hours to assemble and polish.

“I am honored to continue the partnership with Tiffany & Co. and to explore even deeper how beautiful our connections are, when we truly celebrate the relationship and importance of love that we have for ourselves as individuals.”,” she told ELLE.

Beyoncé, who recently released her seventh solo album, became an ambassador for the Tiffany & Co brand in 2021.

Titled ‘About Love’, the campaign paid homage to Audrey Hepburn’s performance in the 1961 film Breakfast At Tiffany’s, with Beyoncé wearing a form-fitting black gown and the legendary Tiffany Diamond, a 128.54-carat canary yellow stone set in a diamond pendant.

However, social media users were quick to point out that the diamond was unearthed at the Kimberley Mine in South Africa in 1877, while the region was still under British colonial rule.

Beyoncé’s decision to wear the Tiffany Diamond was described by some a tacit endorsement for colonialism, with some social media users declaring the diamond to be a ‘blood diamond’.

The Tiffany Diamond does not meet the criteria which defines a blood diamond, according to the United Nations.

According to Insider, Beyoncé was reportedly unaware of the history of the diamond prior to the launch of the campaign.

For others – including Washington Post columnist Karen Attiah – the blame lies with Tiffany & Co.

“The ‘About Love’ campaign fiasco with Beyoncé lies largely with Tiffany & Co,” Attiah wrote on Twitter.

“It’s the familiar new trend of white companies using black women ‘firsts’ to rebrand themselves as socially conscious — while avoiding meaningfully dealing with their troubling history/practices.

“I find it astonishing that no one on the Tiffany & Co team or Team Beyoncé said – ‘hey maybe wearing our huge diamond from the notorious colonial Kimberly mine in South Africa isn’t a good look for a campaign about black love and excellence’.”

Returning to the upcoming ‘Lose Yourself in Love’ campaign, and Tiffany & Co vice president of product and communication, Alexandre Arnault, said the company was honoured to welcome to the return of the singer.

“Beyoncé is an inspiration to so many because she embodies these qualities,” he said.

“We are honored to continue our partnership for the second year in a row and usher in an exciting new era of love.”

An accompanying film for the campaign is expected to be released in October.