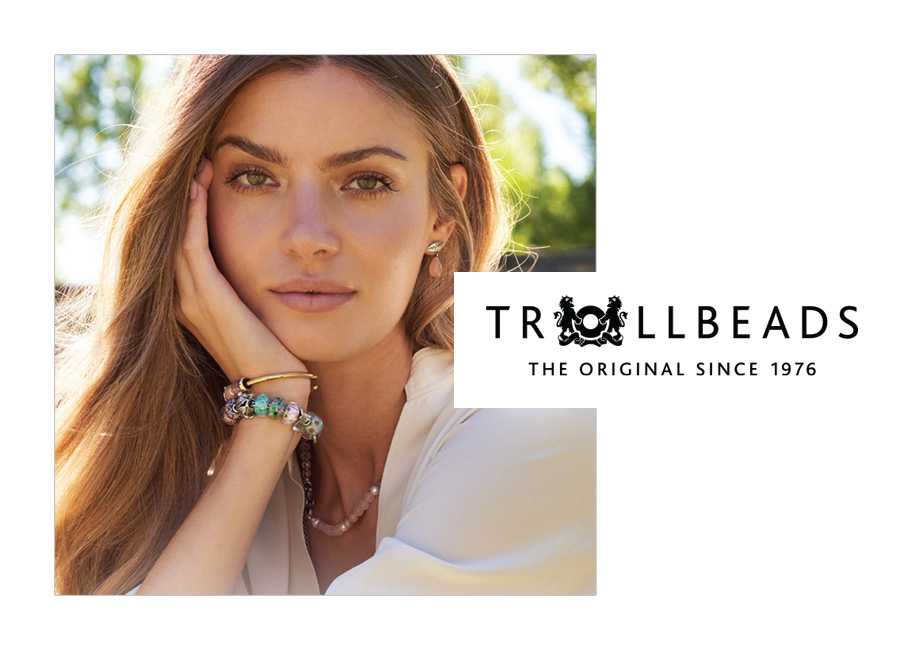 Trollbeads began in the late 1970s in Denmark as a beads-on-bracelet product, offering customers the chance to continuously personalise the bracelet with interchangeable jewellery pieces.

Jono Gelfand, Co-CEO of Trollbeads Australia, has a background in retail marketing and operations and has previously worked to ‘refresh, reset and relaunch’ brands.

“It all happened extremely quickly for us. My business partner [Mikkel Monberg] and I left our jobs in July of 2020, just as lockdowns were entering full force here in Australia,” he told Jeweller.

“Mikkel spotted a Facebook post from the Danish Trade Commission looking for a Danish expat who had an Australian contact with experience in retail and marketing, and the post was looking for a team interested in representing a brand eager to expand in Australia.”

That brand was Trollbeads.

“I had never heard of Trollbeads but Mikkel knew them well due to his background and said that this was an oppurtunity we couldn’t afford to miss. We did our research, put together a few presentations and from the time we first saw the ad until the day we were made exclusive distributors was only around two weeks.”

Trollbeads Australia was launched online in August of 2020 and then a physical store was opened in October this year on Chapel Street, Prahan in Melbourne, after a temporary tenancy at Westfield’s Fountain Gate shopping centre.

“What we’ve found immediately is that there’s a huge amount of passion for this product in Australia. The most common complaint we’ve had from our customers was that it’s been very frustrating to not have access to the complete range for a long time. Now, we’re offering them that, plus some Australian exclusives too,” Gelfand said.

“It’s what we describe as affordable luxury – it’s something you can really treat yourself too, but is also highly collectible. Once you you enter the ‘Trollbeads world’ you develop this intense appreciation for the high quality craftmanship and the design. It’s hard not to become an avid collector.”

The Trollbeads ‘story’ is interesting: the pieces are made from a variety of raw materials including gold, silver, Italian glass, pearls, amber, and other precious gemstones. In 2001 glass beads were introduced.

Trollbeads had previously granted Pandora the IP rights to some glass charm bead designs in exchange for a monthly fee.

The brand was first launched in Australia in 2006 by a small local supplier (Webber & Tonkin) however, in 2011 R J Scanlan & Co subsequently acquired the distribution rights before parting ways two years later, in December of 2013.

Around the same time, Sydney-based House of Brands acquired distribution rights for X by Trollbeads, a new product line which differed from its traditional charms and bracelets.

House of Brands was led by Karin Adcock, former president of Pandora Australia. Adock departed Pandora in May of 2012 after acquiring the original distribution rights to Pandora in 2004.

Adcock’s experience with Pandora Australia is the gold standard for ‘rags-to-riches’ when it comes to jewellery brands, taking the business in a few short years from humble beginnings working from a home garage to revenue in the hundreds of millions

With the unexpected closure of House of Brands, Designa Accessories became the exclusive supplier for Australia and New Zealand in June of 2014.

Gelfand said that design has been a clear area of focus for Trollbeads across the past decade.

“During our visit to Denmark the thing that was made very clear to us was that there has been a big focus on being true to the original design of bead-on-bracelet,” he said.

“We got the chance to meet Lise Aagaard, who is the company’s creative director and she told us she aims to make at least one completely new bead each day. They are a non-stop ideas factory! They’re really in touch with what draws people to the product – the emotion and the sentimentality.”

He continued: “We are very active marketers, both in the traditional and digital sense, and with Trollbeads we believe it’s very much about what’s called top-of-funnel marketing. Once you’ve introduced people to the brand, we find they quickly become fans and advocates, so the key is having them take those first few steps.”

Trollbeads operates in more than 50 countries worldwide while remaining headquartered in Copenhagen. The company has won international acclaim for design with pieces exhibited at the Sculpture Objects and Functional Art in Chicago and New York.

Perth Mint rapt with the success of 007 anniversary series

Revenue spike for Watches of Switzerland

SafeRingz Silicone Wedding Ring, 6mm, Made in the USA, Men or Women, Size 4-13