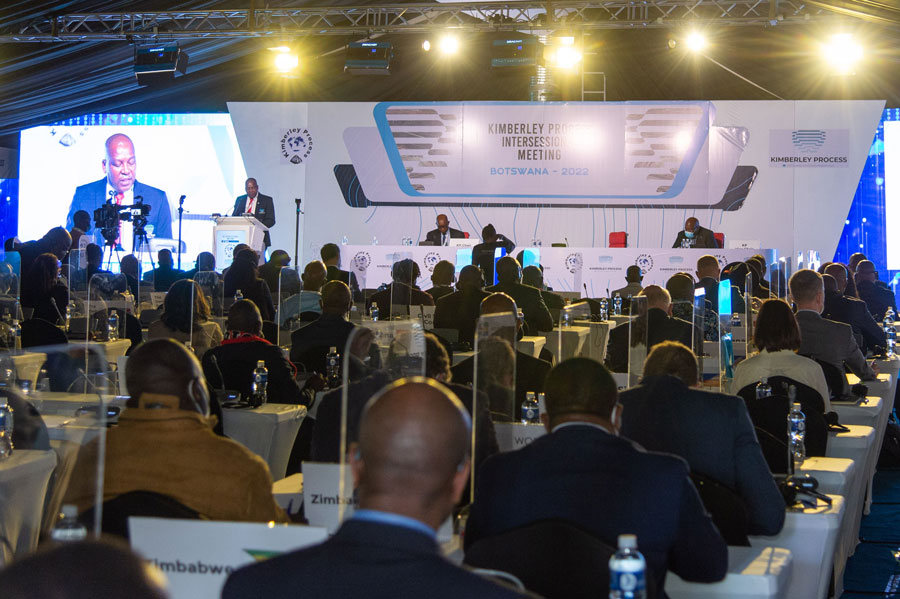 Ukraine’s Kimberley Process Certification Scheme (KPCS) representative, Vladimir Tatarintsev, has accused Russia of attempting to promote an ally to a position of leadership within the organisation.

In an email sent on 4 October, Ukraine’s Tatarintsev said: “Russia is pushing Belarus to become chair, so that Russia’s interests can be better pursued and protected within the KP.”

According to the Ukrainian representative, Russia’s purpose for pushing Belarus to pursue leadership of the KPCS is a bid to prevent diamonds mined in Russia from being classified as ‘conflict diamonds’.

The KPCS was established in 2003 as a coalition of governments and industry figures with the aim of preventing diamonds of unethical origin – namely those sold for the purposes of financing conflict – from reaching retail markets.

Belarus is one of 85 members and has never before been KPCS chair.

“[The] Republic of Belarus is prepared to take up this important role to uphold [the] KP family’s unity and authority to support the global diamond industry,” said a letter signed by Belarus KP focal point Ivan Stepanenko and deputy minister of finance Vladislav Tatarinovich as a part of the application.

Belarus supported Russia in quashing a proposal to discuss the invasion of Ukraine at a meeting in June.

In August Russia’s Finance Ministry released a statement declaring efforts to classify Russia as non-compliant with KPCS standards as demonstrating “a low level of awareness.”

“Russia has always been and remains an exclusively responsible participant in the Kimberley Process,” the statement reads.

“The livelihoods of one million people of Yakutia fully depend on the stability of diamond mining in the region. Attempts to question Russia’s full compliance with the Kimberley Process Certification System are unfounded and speculative.”

Botswana is the current chair of the KPCS with Zimbabwe serving as vice chair this year and chair next year.

Beyond Belarus the other candidate for the 2023 vice chair in the United Arab Emirates (UAE), a nation with a questionable human rights record.

“The role of the chair requires deep expertise and experience,” said a letter from Ahmed Bin Sulayem, executive chairman and CEO of the Dubai Multi Commodities Centre.

“Having chaired the KP previously, and as the leading global hub for rough diamonds, the UAE stands ready to take this responsibility immediately.”

Bin Sulayem previously chaired the KPCS in 2016 which led to a boycott in protest by the Kimberley Process Civil Society Coalition, a non-governmental organisation that acts as an observer to the KPCS.