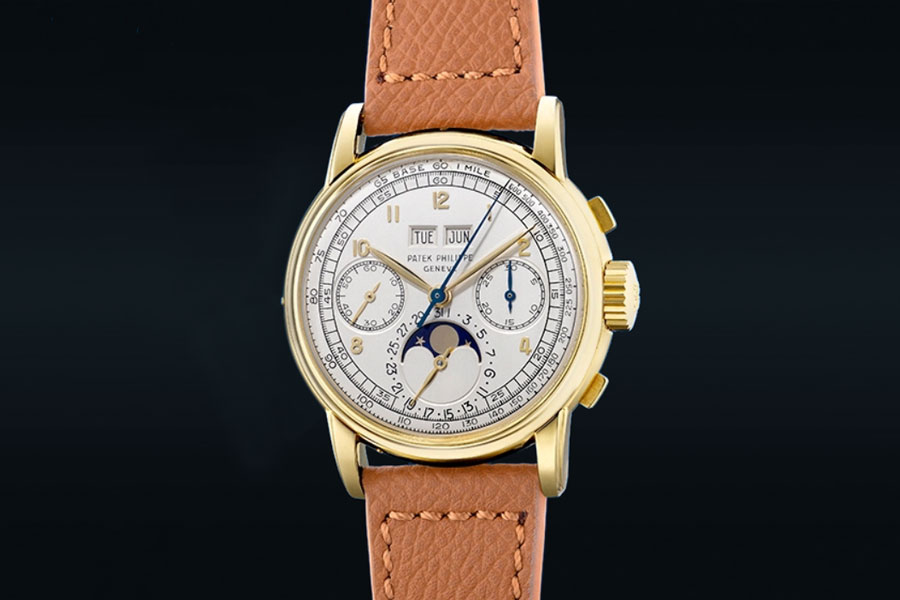 A gold Patek Philippe dubbed ‘the holy grail’ timepiece amongst elite watch collectors is expected to fetch as much as $US2 million ($AU3.08 million) at an upcoming Phillips Asia auction in November.

The Hong Kong Watch Auction: XV will take place in Hong Kong on 28-29 November and one item expected to attract plenty of attention is the Ref 24.99.

The watch features a perpetual calendar chronograph that was introduced in 1951 as the successor to the Ref 1518. The watch has all the mechanics and elegance of its predecessor combined with a new case inspired by an industrial aesthetic.

This particular watch has reportedly been privately owned for more than two decades and was last seen at auction in 1997.

“Praised by many and yet rarely seen by most, the Patek Philippe reference 2499 is with no doubt an absolute treasure in the rich heritage of the firm,” Thomas Perazzi, head of watches at Phillips Asia, told Robb Report.

“To many collectors, it is perhaps one of the most impressive wristwatches ever made by any manufacturer.

“The present example manufactured in 1953 housed in a Wengermade 37.5mm diameter case is truly a rare and momentous occasion for vintage connoisseurs and collectors of the highest caliber to have the chance to acquire such an example.”

The move is expected to result in boosted production capability for the company, as the Genevan firm employs more than 230 people. Salanitro SA was founded in 1990 and specialises in jewellery creation, stone-setting in the Haute Horlogerie sector as well as case and bracelet making.

Founder Pierre Salanitro – who will retain his position as president and CEO – said the firm’s future was the core motivation for the sale.

Thierry Stern, president of Patek Philippe, said the company was eager to strengthen ties with Salanitro.

“We believe that this is a great opportunity to contribute to securing the future as well as the continuity of a Geneva-based family business to which we are close, and with which we share the same values of excellence, independence and family spirit,” he said.

“His well-run business is ideally positioned to continue to grow and develop its production capacity in the jewellery watch segment, which offers significant potential for development.”