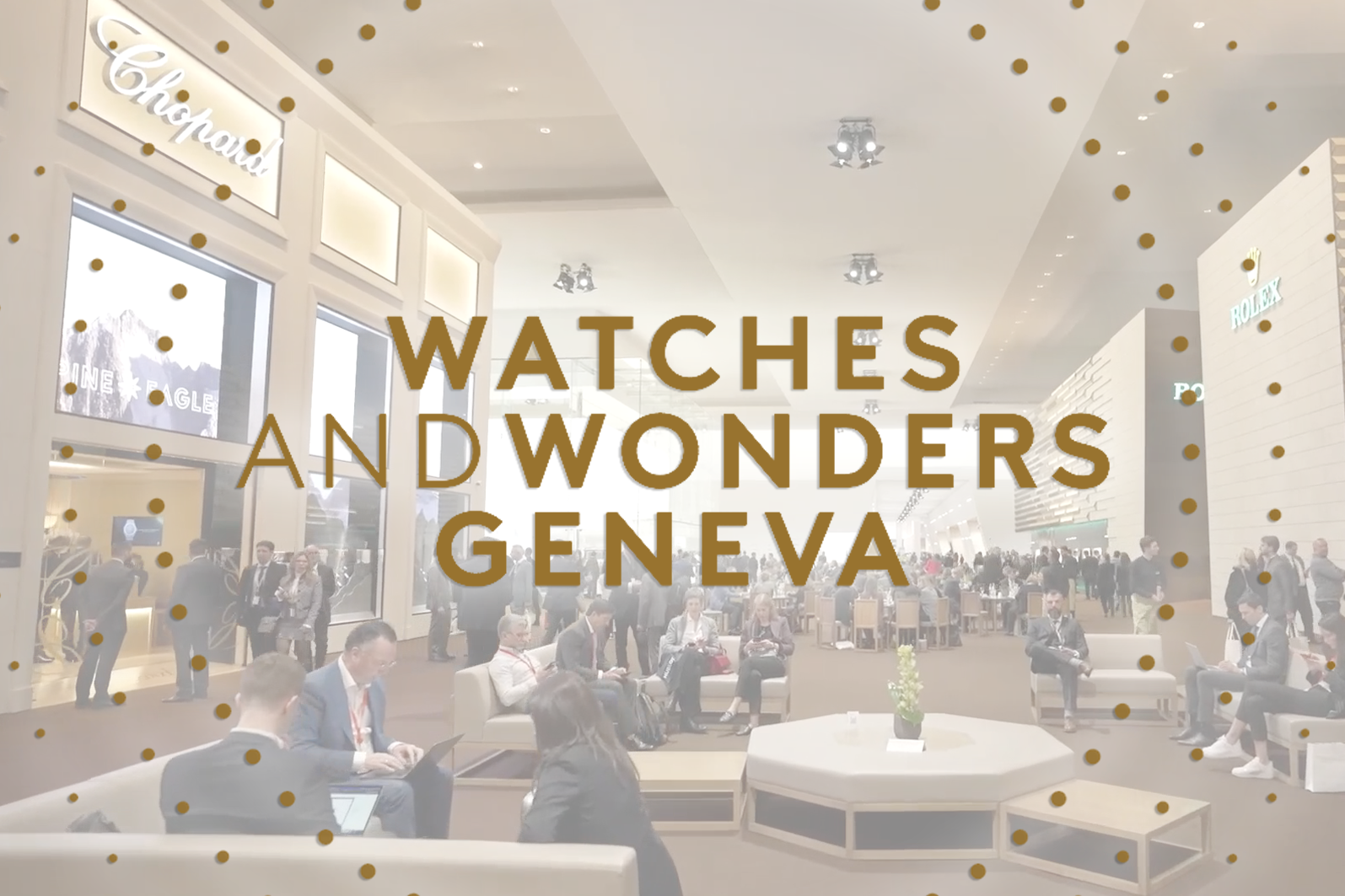 In April, Watches & Wonders Geneva 2022 made a most welcome restart to the established cycle of Swiss watch industry fairs. MARTIN FOSTER takes a look at a successful return after the two-year global disruption caused by the COVID pandemic and political uncertainty.

Within the shifting sands of transition from sheer isolation to the re-establishment of a physical trade fair, this small but exclusive luxury show for high-end watches has accepted the challenges and the considerable risks and reopened its doors last month.

One organiser said “…the energy and enthusiasm created by such an event can also be measured by the exceptional response it produced throughout the world and confirm the importance of this annual get-together.”

Indeed, as with all trade fairs, it was a get-together for agents, buyers, the media and collectors, and for the watch brands, a gathering of the watchmaking industry, assembled in one place and which enabled the industry to meet face-to-face.

Three decades ago, it was the Richemont stable that broke away from Baselworld to form a new Geneva-based watch show, the Salon International de la Haute Horlogerie (SIHH).

It has subsequently undergone a rebrand and renaming and in 2019 was relauched as Watches & Wonders Geneva (W&Ws). The current Watches & Wonders is still comprised primarily of Richemont luxury brands, however, in recent years some independent brands have been invited to join the Salon.

In particular, the loyalty defection to W&Ws from Baselworld of Rolex, Patek Philippe, Tudor, Chopard, and Chanel has surely enhanced the status and ensured continuity of the event.

The Salon exhibits at the same Geneva location, Palexpo, home of the Geneva Motor Show, near the Geneva airport. Palexpo is a large concrete-floor-and-brick-walls car sale-room magically transformed by the best of the movie set-maker’s skills into a deep-carpeted luxury environment in harmony with the exclusive luxury watches of the exhibiting brands.

This year, the organisers reported attendance of roughly 22,000 visitors including nearly 1,000 journalists generating around 30,000 hotel nights. This is very much in line with results from the last of the W&Ws Geneva fairs before it was put on hold by the COVID pandemic.

In terms of scale, the event is a small but exclusive high-end watch fair. To give this some comparative context, Baselworld, in its heyday, reported more than 2000 exhibitors and 150,000 visitors including a media attendance of more than 4,300.

This year there were 38 exhibiting brands including a surprising 19 newcomers. It seems a similar number of exhibitors did not re-book from the previous edition, as the overall exhibitors total has remained much the same.

Exhibiting brands presented 20 keynote addresses during while, according to the organisers, there were 7,000 documented meetings with retailers and the spectacle generated 800,000 posts on various social media platforms.

The W&Ws digital platform attracted nearly 155,000 logins including 2,600 from journalists.

There is a need here for more positive promotion for these well-prepared events.

The overall excellent result demonstrates the nonsense of the suggested move to so-called ‘digital presentation’ being touted as the way ahead in some industry commentariats.

Inhorgenta Munich meanwhile opened its doors for four days, beginning on 8 April. As previously reported, it is ideally placed to restore the large exhibitor’s forum, across all categories, lost with the demise of Baselworld.

Inhorgenta’s Messe München declared a successful start after two years of interruptions caused by COVID. Organisers report that 732 exhibitors from 33 countries took part in the this year, with more than 17,000 visitors from 79 countries in attendance.

International exhibitors make up 45 per cent of the total. There were more than 70 watch, clock, accessories, and tools exhibitors.

From here, the attention turns to Watches and Wonders Shanghai, which will open 7 September. The fair will run for four days, and the 2022 edition is the third for the city.

Barring unexpected twists and turns from the pandemic, it does seem that the annual trade fairs calendar for the watch industry is starting to resume its ‘normal’ calendar of events indicating that 2023 in particular could be a busy year for the industry.

The time has come for Inhorgenta Munich to step up to the mark and fill the void left following the closure of Baselworld.