Watches of Switzerland expects a challenging year ahead 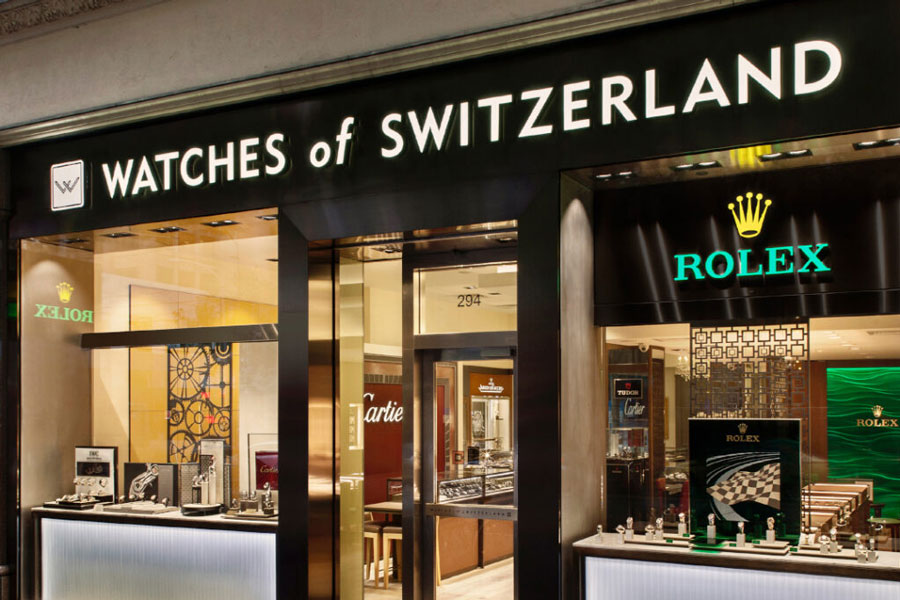 Despite rising sales in the past three months, a Watches of Switzerland spokesperson has warned of a “potentially more challenging trading environment” for the remainder of the year.

During the first fiscal quarter, which ended 31 July, the UK-based business reported a 31 per cent increase in sales to £391 million ($AU668 million).

Following the acquisition of several businesses, including jewellery chain Betteridge, revenues in the UK and Europe grew 8 per cent to £239 million ($AU409 million), while sales in the US doubled to £152 million ($AU260 million).

Watches of Switzerland, the largest retailer of Rolex timepieces, maintained its fiscal-year sales forecast of £1.45 billion ($AU2.5 billion) to £1.5 billion to ($AU2.6 billion) amid concerns of a slowdown in the remaining three quarters.

Watches of Switzerland released a statement noting that, “while we continue to monitor the wider macroeconomic environment, we believe that the strength of the luxury-watch category, with its unique supply-demand dynamics, together with the success and agility of our model, will continue to support long-term sustainable strong sales growth.”

Vintage Rolex watches up for auction

The colourful life of Barrett included stints as a boxing champion and NASCAR driver and his film career in Hollywood featured a long-term friendship with actor Paul Newman.

To many, Barrett is best known for his efforts to become the first person to break the sound barrier on land. In 1979, Newman gifted Barrett two Rolexes – a stainless steel GMT-Master Pepsi and a stainless steel Ref. 6262 Daytona.

The third Rolex to be auctioned is a yellow gold GMT Ref. 1675 given to Barrett by August Busch, CEO of Anheuser-Busch, the main sponsor of the Project Speed of Sound event.