Home » Blog » When the window of opportunity opens, don’t pull down the shade
Blog

When the window of opportunity opens, don’t pull down the shade 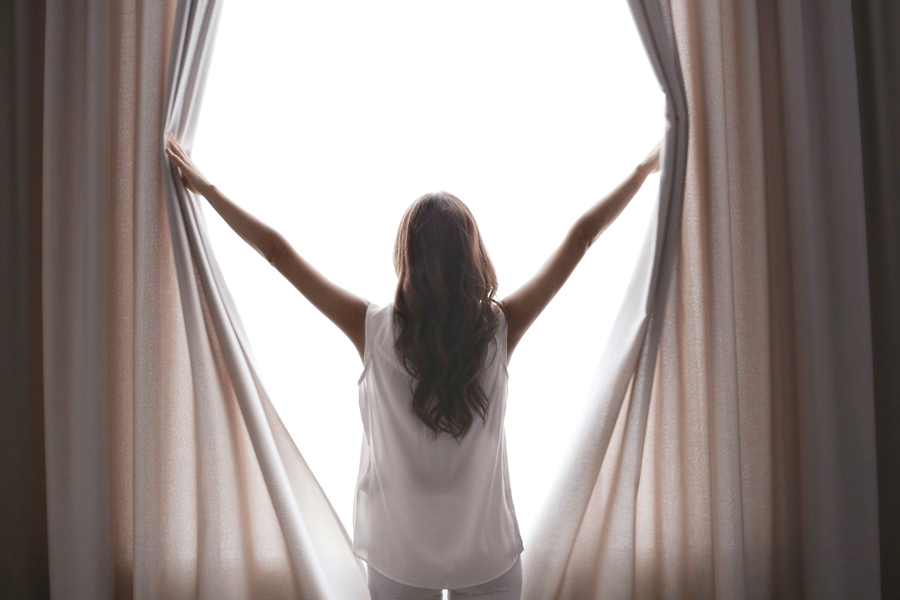 The conflict between Russia and Ukraine has handed the lab-grown diamond industry a unique opportunity. ANGELA HAN says making the most of these once-in-a-lifetime chances is how history is made.

Timing is everything in business and right now, the diamond industry finds itself in critical territory.

Taking advantage of unexpected and surprising societal changes, often generated by external market forces, has been part of the key to the unpredicted rise of many, now-legendary, businesses.

With Russia being excluded from significant sectors of international trade, perhaps there is a lesson from history to be remembered for lab-grown diamond suppliers. For example, in the 1950s, three major US car manufacturers – General

Motors, Ford, and Chrysler – ruled the roost and dominated the domestic market.

In the US, bigger was always better! Efforts to design and manufacture smaller and more fuel-efficient vehicles were as far removed from a priority as can be. This manufacturing mindset continued through the 1960s before slamming into a brick wall in 1973 when OPEC, led by Saudi Arabia, declared an oil embargo targeting Canada, Japan, the Netherlands, the UK and the US.

The US retail gasoline industry was forced to begin a national rationing program at petrol stations. They would display a green flag if they had petrol to sell. A red flag, well, that’s obvious. Within months of the embargo, the price of oil had risen by nearly 300 per cent. Another restriction would follow in 1979, causing dramatic changes in approach to the global economy.

These circumstances were a disaster for General Motors, Ford, and Chrysler, as domestic car dealers began to report consumer resistance towards Detroit’s ‘gas-guzzling’ vehicles.

Feeling the pinch of expensive fuel for the first time, and terrified of the prospect of a global recession, consumers went in search of vehicles a little kinder to the hip pocket. Saving money was the aim, especially if the product essentially did the same thing – getting you from point A to point B.

These circumstances opened the door for Toyota.

As the oil crisis continued to send shockwaves, consumers increasingly favoured vehicles such as the Toyota

Corolla – designed with fuel efficiency in mind – and today, the Corolla is the world’s all-time best-selling automobile by units, with more than 50 million sold.

Toyota capitalised on an opportunity, created by geopolitical factors far beyond its control, and as a result grew into a company that as of today, is the ninth-largest in the world.

Talk about luck and good timing!

With manufacturing capability and quality on the rise, the timing has never been better for lab-grown diamond suppliers to grab a larger slice of the pie.

Jewellers we’ve spoken to in recent weeks have reported that it’s more likely to be younger people visiting stores who are increasingly curious about lab-grown diamonds.

For some, the messaging around lab-grown diamonds being the ‘environmentally friendly’ alternative to practices such as mining has hit home, even if not true. Younger consumers are attracted to products offering sustainability, even if the facts don’t support the belief, while others suggested that social media has played a big role in a change in mindset.

Lab-grown diamonds can allow consumers to buy a physically bigger stone at a cheaper price tag. The larger the diamond, the easier it is to photograph with a smartphone for an Instagram or Facebook upload.

Jeweller has been monitoring search engine data for many years and has verified a steady increase in ‘digital interest’ in lab-grown diamonds in the lead-up to the start of the war in Ukraine. Russia’s invasion, and the resulting economic upheavel – especially in the diamond industry – has resulted in the term ‘conflict diamonds’ re-emerging, thereby pushing new consumers in the direction of lab-grown diamonds.

It’s important, of course, to remember that keyword search engine data trends are simply that – data. It does not differentiate between users or intent. That is, we can’t tell the difference between a customer poised in front of a laptop, credit card in hand and, say, someone searching reasons for why they should not buy a lab-grown diamond!

However, they both gain a search result and contribute ‘data’ to a trend. Not all individual searches are equal in the grand scheme of things.

Nonetheless, it’s an intriguing piece of a larger puzzle.

And while those invested in the success of lab-grown diamonds might see the economic upheavel as pennies from heaven, they would be well advised to remember that windows can eventually slam shut.

Ask any stock market investor about ‘trend reversals’. In fact, that have a name and measure for it – Relative Strength Index.

The first oil crisis began in October of 1973. While the market experienced shockwaves for years to come, the embargo was ended in March of 1974 – less than a year later.

As previously mentioned, a second oil crisis took place in 1979 which started as a result of the Iranian Revolution. The price of crude oil increased over a 12-month period and once again the US was subjected to long lines at petrol stations and waves of fuel shortages.

After 1980, fuel prices experienced a steady decline over the next two decades, bar a brief rise during the Gulf War. These two windows of opportunity were all it took to cripple the US car manufacturing industry and elevate Toyota to one of the world’s largest companies.

One year after the Iranian Revolution, Japanese car manufacturers had surpassed Detroit’s total production and had become number one worldwide. Two small windows of opportunity and history is changed forever!

Not all trends last forever. Need an example of trends reversal closer to home? The SWATCH watch phenomenon of the 1980s ran it’s course demonstrating that good things can come to an end. That is especially so when your competitors start to fight back!

Will lab-grown diamond manufacturers follow suit and make the most of their unexpected window of opportunity?

Who knows? And only time will tell, but we can’t assume the natural diamond suppliers will sit on their hands doing nothing because, after all, it is hands that close a window.

Former jeweller convicted of grand larceny in US court