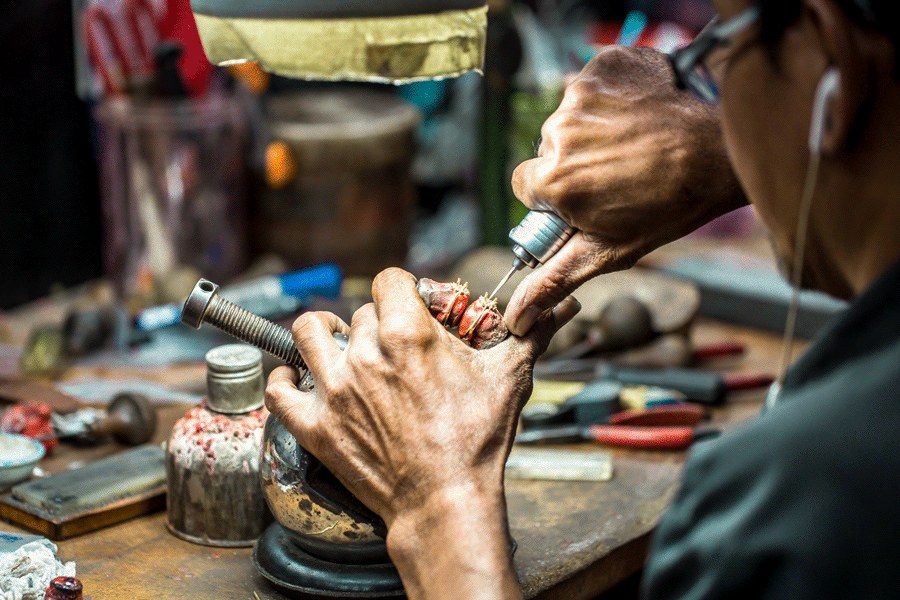 The Comptroller and Auditor General of India (CAG) has tabled a report to Parliament alleging large-scale money laundering and tax exasion is taking place in the gem and jewellery sector.

India is a major contributor to the international jewellery industry, leading the world in diamond cutting and polishing, while also being the world’s largest consumer of gold.

CAG’s main function is to audit all receipts and expenditures of the Government of India and the State Governments, as well as autonomous bodies and corporations receiving substantial government funding.

The report states that because of the high value of transactions and the importance of foreign exchange trade in the industry, the jewellery sector is highly susceptible to misuse.

As a part of the report, CAG auditors discovered that India’s import of pearls from 2013 through 2018 routinely exceeded the average annual value of global pearl production by more than 300 per cent.

“The value of imports of pearls in India being much higher than the value of global production of pearls is indicative of trade mis-invoicing and round-tripping of funds which have been flagged as critical concerns in respect of the gems and jewellery sector,” the report states.

At one stage India’s import of pearls exceeded the annual average global production by 800 per cent. India primarily imports pearls from the UAE, Hong Kong and Thailand.

The report also identifies “irregular trends” in the increase of quantity and value of the import and export of rough diamonds between 2010 and 2020.

“Audit noticed issues indicative of weak monitoring mechanism in the ITD (Income Tax Department) with respect to the gems and jewellery sector,” the report reads.

“These areas require stricter monitoring as the gems and jewellery sector involves significant risk of money laundering, round tripping, mis-invoicing, and risk of routing of black money in the garb of transactions and claims.”

The CAG report concludes with 19 recommendations for actions the government should take to reduce criminal abuse of the gem and jeweller sector in India.