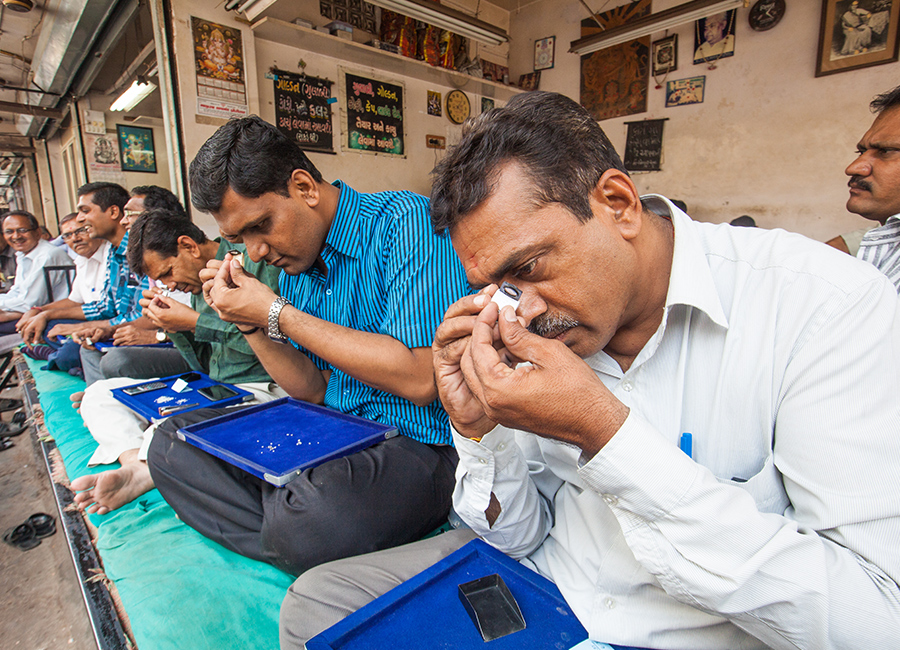 Dropping international demand for diamonds has led to more than 20,000 workers losing their jobs in India’s cutting and polishing industry.

Surat is home to the majority of India’s diamond trade with more than 800,000 people employed in more than 4,000 factories dedicated to cutting and polishing.

According to the Surat Diamond Association these factories are currently working at approximately 70 per cent capacity due to weakened demand, leading to extensive loss of employment opportunities for the local population.

“Fear is looming large in the diamond city of Surat whether the recession of 2008 will be repeated this year too,” Diamond Workers Union vice president Bhavesh Tank told The Economic Times.

“Orders are fewer and so the workload is less. Therefore, the units are reducing workforce. Some units are cutting down work days so that they do not have to pay the workers on days when they are not working.”

According to research by the Gem and Jewellery Export Promotion Council (GJEPC) the export of cut and polished diamonds declined by more than 5 per cent between April and November on a year-on-year comparison.

“With the pandemic in China making a comeback and there are no signs of respite from the war between Russia and Ukraine, inflation soaring in some parts of the world, we are out there for some tough times,” he told The Economic Times.

“The last quarter of this fiscal year is very crucial as it demands strong growth to achieve this year’s target of $US45.7 billion.”

Industry to be reshaped

Despite the economic uncertainty the Surat Diamond Bourse (SDB) has continued with plans to complete the construction of a nine-building complex which has been described by officials as the world’s biggest diamond bourse.

The complex is expected to be officially open for business in August with an opening ceremony to be attended by special guests including prime minister Shri Narendrabhai Modi.

More than 4,500 offices dedicated to the diamond, gemstone and jewellery trade will operate out of one location and SDB chairman Vallabhbhai Patel told Rough & Polished that once fully operational it would reshape India’s diamond trade.

“The Surat Diamond Bourse will become the voice of the industry in the coming days,” he said.

“We are looking at a very big picture for the growth of the entire diamond and gems and jewellery industry by providing the best infrastructure and modern facilities required for diamond trading along with advanced security systems.”

He added: “Once the inauguration of SDB is done, the majority of diamond traders, manufacturers and sellers will shift from Mumbai to Surat because of growing commercialisation and professionalism in the diamond market.”

It’s estimated that more than 90 per cent of the world’s diamonds are cut and polished in India.