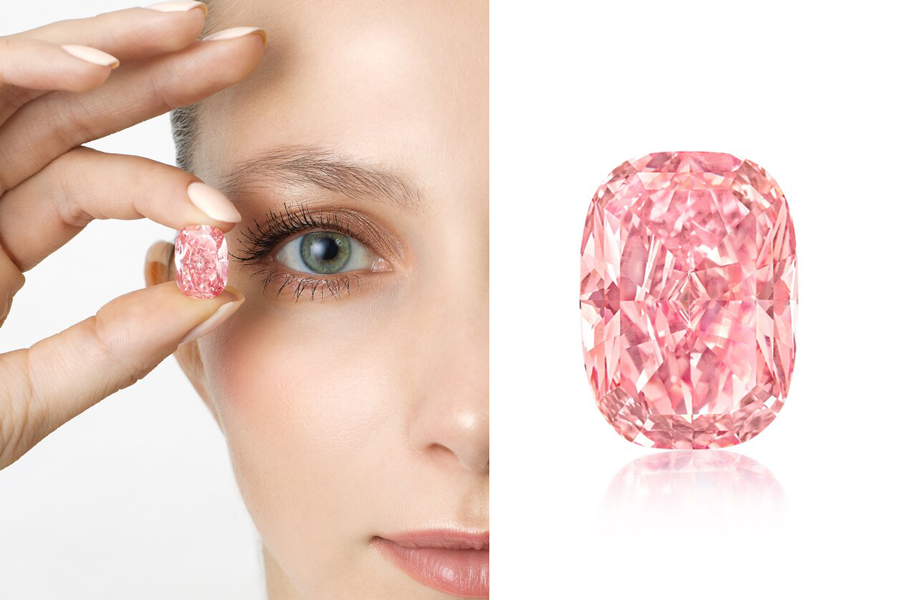 The stunning Williamson Pink Star has set a new record for price per carat after demolishing presale estimates in Hong Kong on Friday.

The Williamson Pink Star carried a presale estimate of $US21 million ($AU28.55 million) prior to the 7 October auction at Sotheby’s.

After 20 minutes of bidding, a private collector from Florida (US) was victorious, paying $US57.7 million ($AU78.46 million) for the cushion-shaped 11.15-carat fancy colour pink diamond.

The Williamson Pink Star is the second largest diamond of that colour and clarity to feature at auction. The only diamond to exceed it is the 59-carat CTF Pink Star, which collected $US71.2 million ($AU96.81million) at Sotheby’s in 2017.

The Williamson Pink Star draws its name from two legendary pink diamonds. The first is the aforementioned CTF Pink Star, while the second is the 23.60-carat Williamson diamond which was presented to the late Queen Elizabeth II as a wedding gift in 1947.

Wenhao Yu, chair of jewellery and watches at Sotheby’s Asia, said: “The discovery of a gem-quality pink diamond of any size is an extremely rare occurrence, something that – with the recent closure of the Argyle mine – seemed, until recently, highly improbable.”

“Driven by a limited supply and rising demand, prices for top-quality large pink diamonds over five carats have increased exponentially over the past decade, serendipitously setting the scene for the appearance now of this one-of-a-kind stone.”

The Williamson Pink Star was discovered in Tanzania as a 32-carat rough and in 2021, was cut by Diacore, who acquired the rough for $US13.8 million.