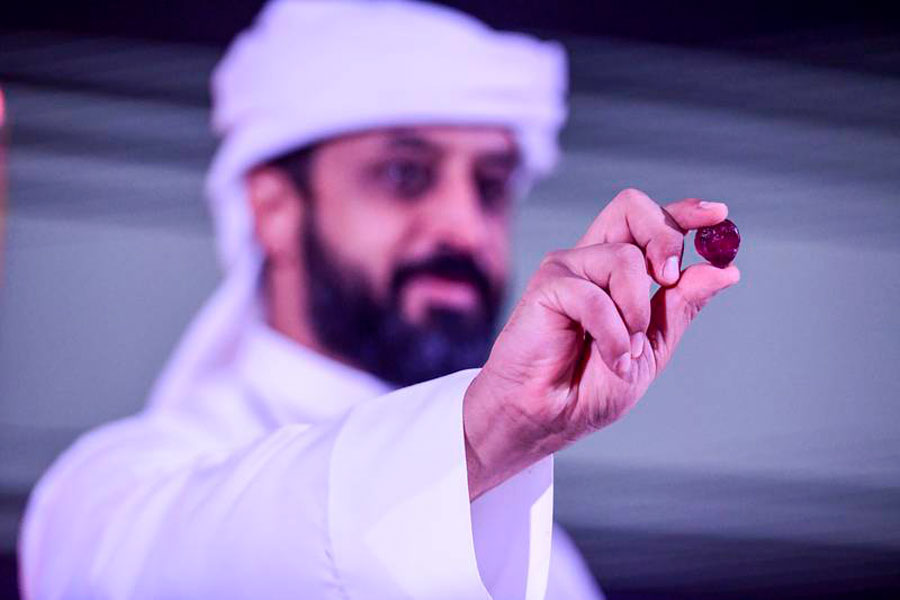 Dubai-based Fura Gems has unveiled what could be the world’s biggest gem-quality ruby.

The discovery of the 101-carat ruby named Estrela de Fura – Portuguese for ‘Star of Fura’ – was announced during the Dubai Diamond Exchange show, hosted by the Dubai Multi Commodities Centre.

The ruby was unearthed from a mine in Mozambique and is considered an extremely rare find due to its fluorescence and vivid-red hue.

Dev Shetty, founder and CEO, Fura Gems said, “This discovery is an unprecedented occurrence and a moment of honour for us at Fura and for Mozambique.”

A handful of larger rubies exist in collections around the world, however, they are specimens or exhibition pieces with significant impurities, and aren’t considered gem-quality when compared with the Estrela de Fura.

“Compared to most rubies, including those from Burma, which tend to be fairly included when reaching sizes above 5 carats, this ruby is relatively free of eye-visible inclusions. Considering its very large size, the vivid-red color and clarity characteristics of this ruby give it an extraordinary potential to become one of the largest high-quality faceted rubies ever seen.”

The Estrela de Fura will be showcased in Dubai for a month before heading to private auction in October.