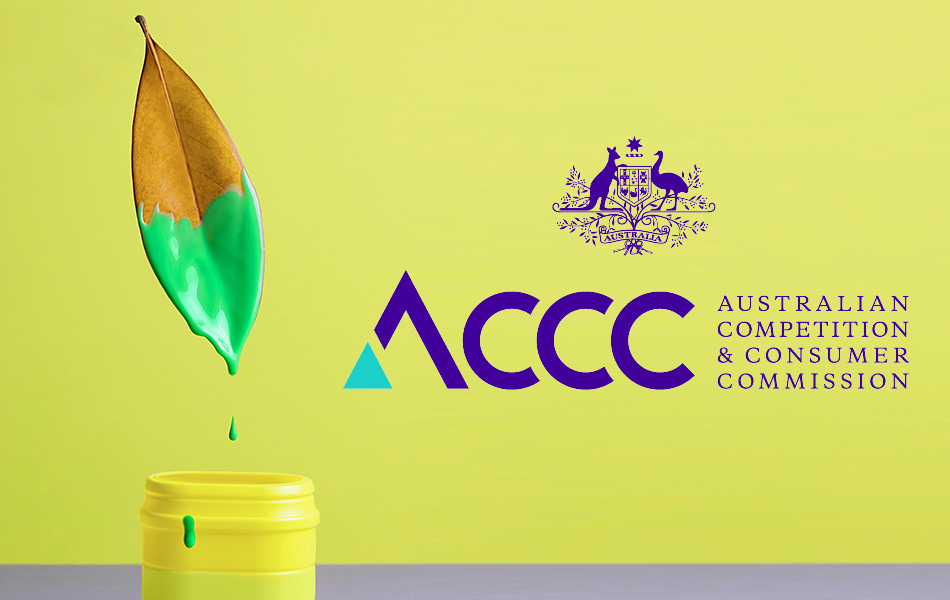 Australia’s Competition and Consumer Commission (ACCC) will reportedly pursue businesses that practice ‘greenwashing’ tactics as a priority in 2023.

Greenwashing is a term used to describe the practices of businesses that promote their services or products as ethical or environmentally friendly with little substance or evidence to support these claims.

According to many marketing experts, modern consumers are increasingly socially conscious when it comes to spending and tend to favour businesses who emphasise the importance of social responsibility or the sustainability of products.

This has led to businesses making claims about the characteristics of their products or services which are untrue in a bid to profit from this consumer ‘activism.’ This is typically done via the use of misleading language, broad terms that are difficult to verify, and occasionally outright falsehoods.

ACCC deputy chair Delia Rickard said the champion of consumer law wouldn’t hesitate to prosecute any business found to be in breach of trade law via greenwashing.

“As consumers become increasingly interested in purchasing sustainable products, there are growing concerns that some businesses are falsely promoting their environmental or green credentials,” she said.

“Many businesses have raised concerns with the lack of a common definition or standard for terms such as ‘biodegradable’, ‘recyclable’ and ‘compostable’ as there is no benchmark for which a product’s performance should be measured against.”

The ACCC is encouraging all businesses to review their environmental and sustainability claims and ensure that their claims are supported by verifiable evidence and are not in breach of any consumer law.

Rickard added: “The ACCC won’t hesitate to take enforcement action where it sees that consumers are being misled or deceived by green claims – just as it did against Volkswagen for false representations about compliance with Australian diesel emissions standards.”

Greenwashing has been a hot topic within the jewellery industry for a number of years.

Lab-created diamonds are often marketed as the ‘green’ solution to mined natural diamonds, as they don’t require the removal of earth and the consumption of freshwater and fossil fuels to be generated.

Manufacturers do however require tremendous amounts of energy to produce lab-created diamonds – energy which leads to emissions which are difficult to qualify as ‘environmentally friendly.’

Many lab-grown diamond suppliers make claims about being ethical, having a zero carbon footprint, creating climate neutrality and being socially responsible. Should jewellery retailers adopt the language of the diamond suppliers which, ultimately proved false, it is the retailer that is held responsible for any false marketing and advertising of their environmental or “green credentials”.

Organisations such as the Kimberley Process Certification Scheme (KPCS) provide consumers with the assurance that a product, such as a diamond, has been ethically sourced, as verifying that fact for themselves would otherwise require a significant investment of time and energy.

Should the KPCS incorrectly provide an assurance for the ethical origins of a product for any reason, the trust of potential consumers has been taken advantage of.

Martin Rapaport – chairman of the Rapaport Group – is on record as saying that “companies and countries say, ‘I have a Kimberley Process certificate, and therefore I’m in compliance with the anti-money laundering or counter terrorism funding,’ and that’s simply not true.”

“The industry is still lying about the efficacy of the Kimberley Process certificates relative to money laundering. I see this as a tremendous risk to industry reputation because as you see there are more terrorist attacks taking place.”

The ACCC states that greenwashing in a bid to promote products or services undermines consumer trust and confidence in the market at large.

You can read the most recent statement from the Commission on greenwashing here.

Gemfields, Fabergé and the Responsible Jewellery Council
Veritas odit moras – truth hates delay
How can I do ‘good’ and buy responsibly sourced jewellery?

Aphrodite’s Valentine’s Gifts for Daughters, To My Daughter Necklace, Necklaces for Women, Birthday Gifts for Women…