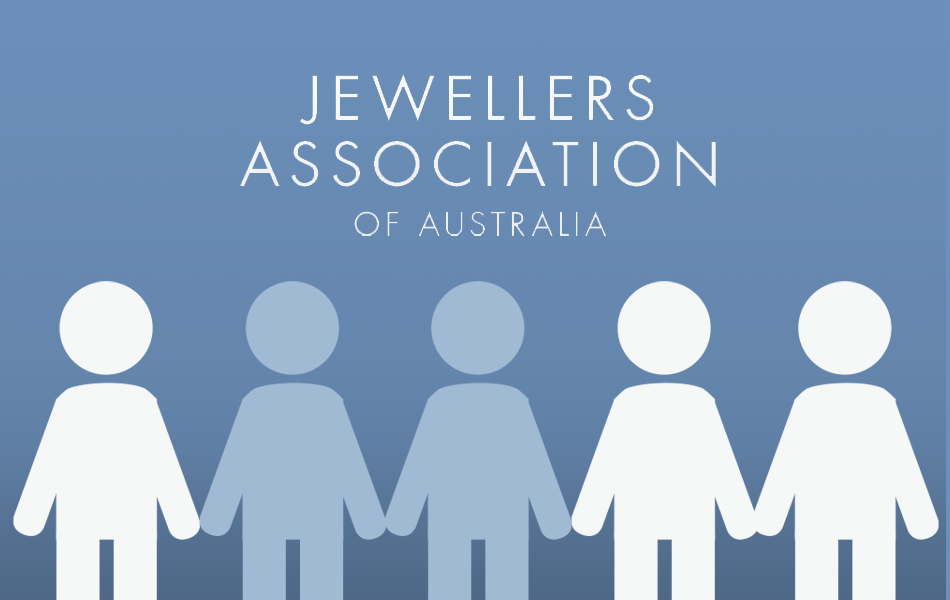 Questions have been raised about an undisclosed commercial relationship between two of the five Jewellers Association of Australia (JAA) board members.

The JAA conducted its annual general meeting on 21 November. Cameron Marks of Percy Marks and Jo Tory of Najo were both re-elected unopposed with Marks serving as treasurer.

The association was unable to confirm a sixth director following the resignation of president Karen Denaro in October.

The remaining members are president Joshua Sharp, of Ian Sharp Jewellery, vice president Ronnie Bauer of Klepner’s, and Meredith Doig – a “professional company director and governance consultant” who joined the board in August.

The JAA’s constitution calls for at least five directors and no more than six and for one of the positions to be a ‘co-opted director’. This is usually someone with specialised knowledge or an outside view of the industry. This external perspective can be useful in guiding deliberations.

In the wake of recent board infighting which led to Denaro’s resignation as president, Jeweller contacted Doig to clarify the circumstances of her appointment.

“I was approached because there was a vacancy on the board. Somebody who has expertise in board governance is what they were looking for and that’s why they approached me,” Doig explained.

“I’m merely someone who is from outside of the industry and who has the particular set of skills they [JAA] were looking for.”

It should be noted that because someone is from “outside of the industry” that does not make that director ‘independent’.

An independent director is defined as someone who is not a staff member or management. Such a director should be free of any relationship, business or otherwise, that could reasonably materially interfere with, or be perceived to interfere with, the independent exercise of their judgement.

In further correspondence on 20 November Doig confirmed that her position as director was unpaid and voluntary, and that it was JAA vice president Ronnie Bauer specifically who had approached her to join the board.

It soon became apparent that Doig was not fully forthcoming in her explanation about the ‘relationship’. Records from the Australian Security Investments Commission (ASIC) paint a different picture of the ‘friendship’ between Doig and Bauer.

Jeweller sought further clarification and Doig was asked if her friendship extends to any other areas, including professional and/or business.

Doig was also asked if she currently represents or acts for any of Bauer’s private companies in any capacity, including formal positions, such as company secretary.

It was only at that time (24 November) did Doig admit to further ‘dealings’ with Bauer: “Yes, I am company secretary of Klepners.”

Klepner’s, a fine antique jewellery business operated by Bauer, is based in Little Collins Street, Melbourne.

Doig was subsequently asked if Klepner’s was the only company of Bauer’s in which she serves as company secretary. She responded within the hour and answered, “I’m sorry, I think that’s enough”.

She has served as Land of Smiles company secretary since August 2016.

As a consequence of Doig ending communication she was advised that further clarification on matters of transparency and governance would be sought from JAA president Sharp.

It was also noted that, “it might have been appropriate for you to have advised of an ongoing commercial relationship with him [Bauer] and/or his private company, rather than just “friends”.”

As the newly appointed president, Sharp was subsequently asked:

Given that Doig had not intitially advised that she is the company secretary for Bauer’s Land of Smiles, Sharp was invited to resolve this confusion.

On 28 November he responded, “I’m sorry, I think that’s enough.”

While Sharp explained that the two-level nature of the relationship between Doig and Bauer was declared to the board and minuted, the JAA’s 1 September 2022 media release announcing her appointment makes no mention of this potential conflict of interest to its members.

In addition, Doig’s biography on the JAA website also fails to mention these relationships, despite recording extensive detail about her career as a consultant dealing in organisation effectiveness, as well as serving and on the boards of various commercial and not-for-profit organisations, and university councils.

The AICD website states that the organisation “is committed to strengthening society through world-class governance. We aim to be the independent and trusted voice of governance, building the capability of a community of leaders for the benefit of society”. (Emphasis added)

Braslin also explained that the AICD is “unable to comment or provide governance on individual matters” but was able to direct researchers to an article titled ‘Managing Conflicts of Interest’.

Jeweller contacted experienced board director and international expert on corporate governance Julie Garland McLellan for insight into the importance of declarations of conflicting interests.

McLellan explained that it was not uncommon for board positions to be filled by way of personal friendships.

“This is how most people find themselves on any given board. When a board needs to fill a vacancy, people’s minds naturally think of people they know. It’s human nature and directors tend to run in packs,” McLellan explained.

“The Corporations Act recognises conflicts of interest as being something that can include ties of affection and loyalty. So it’s a good idea if two directors are friends, that everyone in the boardroom is made aware of a pre-existing relationship and that’s disclosed at the very beginning, as soon as they join the board.”

McLellan clarified that when the position involves a company secretary, the situation can quickly become complicated.

“A company secretary is a very interesting and essentially legally indefensible position to hold because you’re responsible for everything and anything,” she said.

“One key issue is that directors are accustomed to taking the advice of their company secretary – if you’re in the habit of following this person’s advice because that’s the role they play within your [private] company, and now they are on your [association] board, you may find yourself naturally operating on their advice in that situation because you already trust their judgement.

“Each director should be making their minds up on each vote based on their perspectives and independent assessment of the factors for each decision. So when you have two directors, one of whom might vote on the instructions of the other, or simply follow the lead of the other, you’ve got a voting block, and you’ve also got a director who isn’t thinking.”

There is no assertion that anything untoward has occurred regarding this board appointment.

However, based on Doig’s self-promoted level of governance and ethics expertise there was puzzlement about her hesitancy and/or delay in transparently admitting that she also serves as company secretary in the private business of the vice president of the JAA.

In addition, Doig’s previous statement casts doubt on her claim that she is “someone who is from outside of the industry” given she has represented Klepner’s, a jewellery store, since 2016.

A concern of a similar nature exists for the JAA’s failure to publicly acknowledge that two of the five current board members – or 40 per cent of the board – have private and commercial relationships, until questioned on the matter.