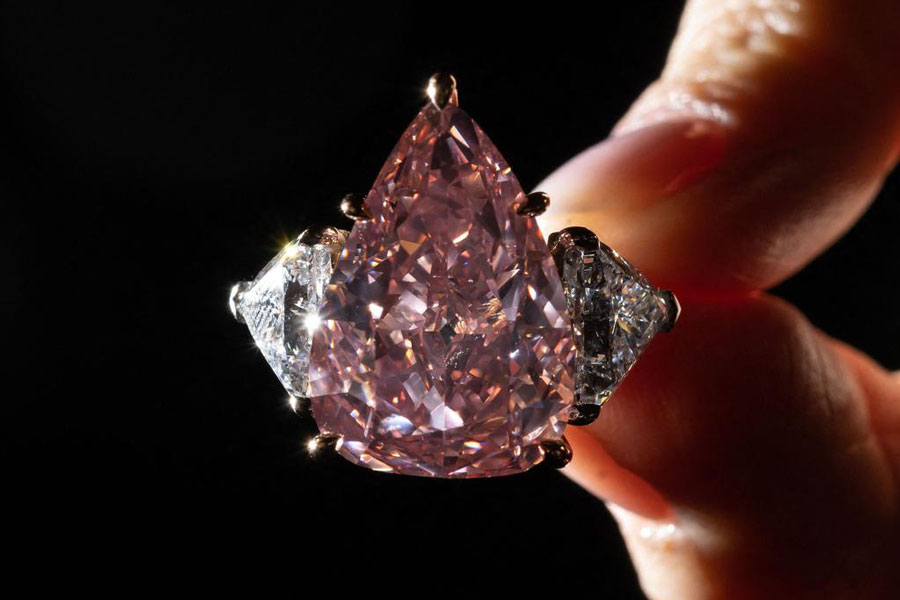 The remarkable Fortune Pink diamond was auctioned at Christie’s Magnificent Jewels sale on 8 November for $US28.8 million ($AU44.79 million).

It was hoped that the 18.18-carat pear-shaped fancy vivid pink diamond would achieve a historic return, exceeding $US35 million ($AU54.43 million), however, it wasn’t to be after a three-way telephone bidding war.

The latest owner of the Fortune Pink is an anonymous private collector from Asia.

Max Fawcett head of Christie’s jewellery department in Geneva said it was an auction that generated much interest despite falling short of a history-making sale.

“We’ve had a huge amount of interest in the stone from all over the world. It’s a truly incredible diamond.”

Brand director for Hong Kong’s Ronald Abram, Jonathan Abram, told Rapaport News that the variance in return between the Fortune Pink and the recently auctioned Williamson Pink Star was surprising.

“A result of $US1.6 million per carat is surprising and not indicative of the market price for a stone of this caliber,” he said.

For now the record return for a pink diamond at auction will remain with 59-carat Pink Star which was sold in 2017 for $US71.2 million ($AU110.73 million). The Pink Star was purchased by Chinese jewellery retailer Chow Tai Fook.